Chanel Fall 2021 Had The Wildest Boots of Paris Fashion Week 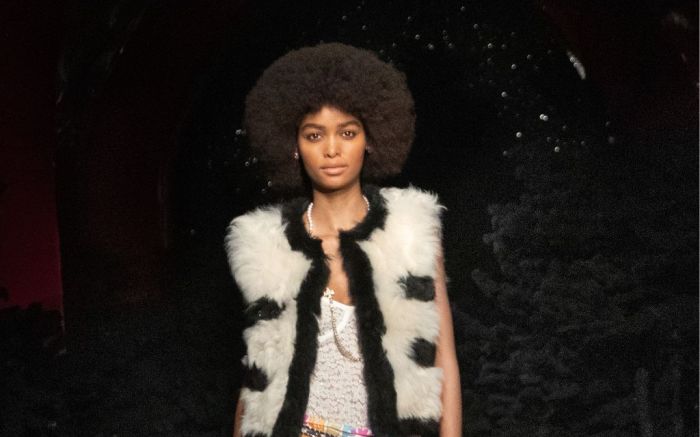 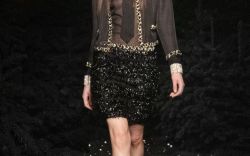 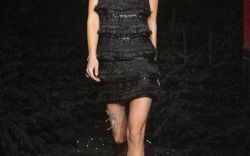 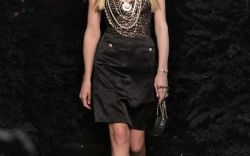 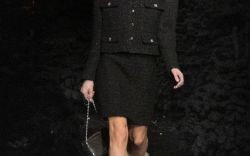 For most of the fall ’21 season (which has been unveiled virtually through a fashion month like no other) it has been clear that people want heels back. Sleek black and brown knee boots with a decent heel have populated many of the runways, look books and fashion films across the four fashion weeks, gearing up in anticipation of somewhat normal fall and winter later this year.

But Chanel took a different route, opting for a statement boot all its own — and one that it’s known for.

The French luxury brand put forth a series of super-furry snow boots on its fall ’21 runway Tuesday during Paris Fashion Week, in a film that took place outside on the city’s streets instead of inside its usual venue at the Grand Palais.

Models first walked down an empty Parisian street, then into an undisclosed restaurant. It turned out to be Castel, a storied club on the Left Bank. “I wanted a small space,” Chanel creative director Viriginie Viard said in the show notes. “I don’t know if this is because of the times we live in, but I wanted something warm, lively.”

One by one, the models strutted through the venue, rounding a corner and throwing their tweed and wool overcoats at the coat check proudly (as any person imagines they would do once clubs safely reopen and checking a coat is a possibility).

Across the collection, boots and coats seemed to be the focus, and they came in tweeds, wools, signature bouclé, with metallic threads woven in or big buttons place on double-breasted styles. The shearling boots (which have appeared before on the Chanel runway in different iterations) were joined by leather two-toned knee styles, in cream-and-black and a delectable macaron-pink-and-black.