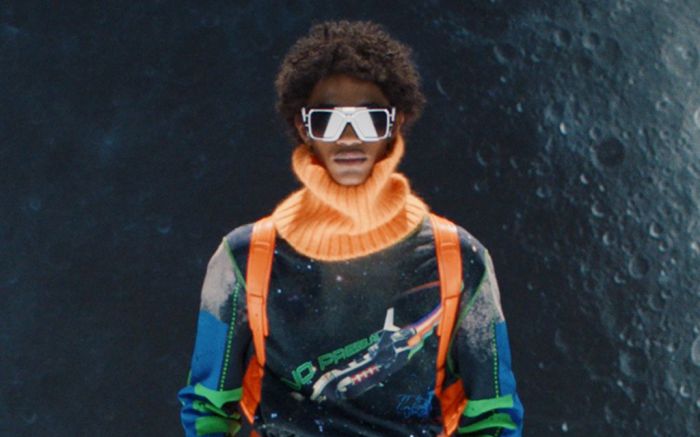 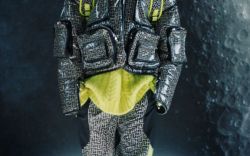 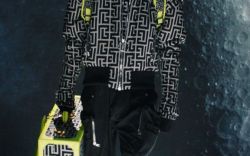 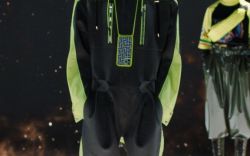 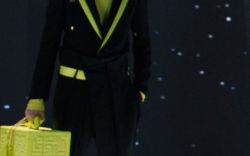 Travel seems to be on almost every designer’s brain this season, and Olivier Rousteing is no exception.

For Balmain’s fall ’21 collection, the creative director turned back time to days of the brand’s founder Pierre Balmain, who, after debuting his first couture collection in 1946, decided to embark on a worldwide tour (at the suggestion of his friend, writer Gertrude Stein). On his journey, he traveled to London to bring couture to the U.K. after a six-year stop on French imports. He ventured to the U.S., where he gave lectures on French culture and the idea of “savoir faire.” And he brought the “New French Style” all the way to Australia.

Rousteing loosely took inspiration from that piece of history. “Now, post-2020, it’s a whole lot easier for us to appreciate just how exciting those trips must have been for Pierre Balmain,” wrote Rousteing in his show notes. “After the anxious years of war and occupation, he was suddenly being offered the long-denied possibility of escaping to destinations that he had been dreaming about for years—and it must have felt incredible.”

The resulting new collection was not one of retro travel looks. Instead, it was more of the futuristic slice of aesthetic that Rousteing has been playing with for years now; wholly forward pieces that only look retro when they are examined through the lens of the ’80s — a period of time that was utterly obsessed with the future, and with outer space.

To drive home the idea of far-out travel exploration, Rousteing set part of the show against an actual backdrop of the moon, craters zoomed-in and all (the entire show took place from the inside Air France’s hangars just outside Paris).

Spacesuit- and flightsuit-inspired looks mingled with Balmain’s signature miltary-esque styles, as well as a series of ultra-glam (and yes, ’80s-inspired) brightly colored looks that read as positively retro-futuristic. There were also cheeky travel-inspired touches, such as a padded logo neck pillow, which resembled a handbag (was possible was).