Mike Amiri Made a Music Video For His Fall 2021 Collection 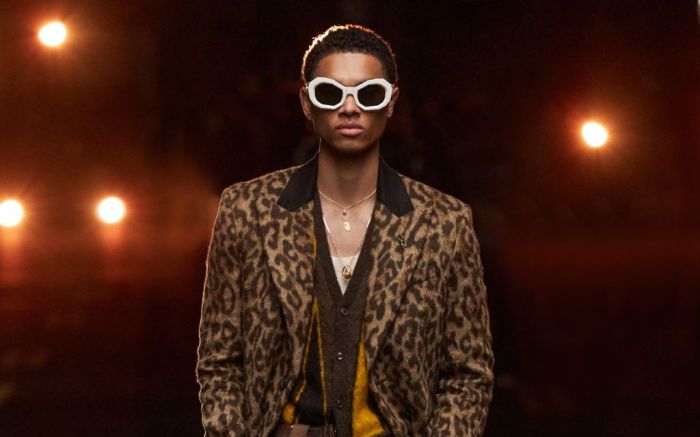 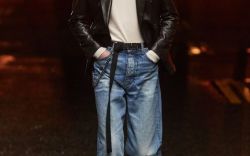 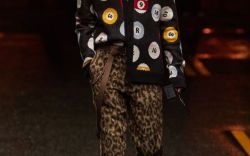 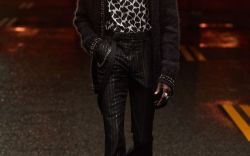 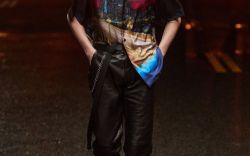 Mike Amiri is the king of L.A. when it comes to fashion these days. The native Angeleno has been repping his hometown since he conceived his brand fifteen years ago, distilling in his designs the West Coast lifestyle that everyone else around the world envies. Bespoke denim, elaborate takes on staple outerwear, playboy separates, rockstar-friendly footwear — and a new Rodeo Drive flagship — all drive home a modern image of the leisure, luxury and celebrity that the city is known for.

For his fall ’21 menswear collection, the designer further cemented his status as the go-to designer for music’s biggest names, in a fashion film that features downtown L.A. as its backdrop, and music by The Roots as its score.

Was it a music video, or a fashion film? It’s hard to tell these days, with moving image having exploded in the fashion world during the pandemic, as brands swapped in-person runway shows for digital alternatives. Despite the proliferation, few designers have succeeded in conveying a real message through the medium of film — or at the least, entertaining viewers. From the fall ’21 season, Virgil Abloh’s menswear showing for Louis Vuitton stood out, with its cinematic intro, its James Baldwin reference, its Mos Def cameo (both as model and performer) and a powerful message on what it’s like to be a Black person living in the world.

Amiri’s own take on the fashion film may have been a little less heavy, but it still resonated in its musicality and cinematography (the latter thanks to Cara Stricker, a director who has done films for Alicia Keys and Gucci). Shot at the 1st Street Viaduct overlooking the Los Angeles River downtown, the film balanced music and fashion seamlessly, while also paying homage to the Amiri’s design roots (no pun intended) in downtown L.A., where he opened his first studio.

There was plenty to take in from the actual collection — even if it seemed quieter than the previous spring ’21 showing:  Knitwear and jackets came in statement colors and clever prints one could imagine a music artist wearing for the next cover shoot. Trousers and suiting continued to go retro, letting Amiri acolytes know that there is really, truly a new pant to wear now. Mohair sweaters and other knitwear leaned into the cozy look of right now. The designer also introduced a new shoe for the season, The Stadium, while adding new color ways to the his bestselling Skel-Toe sneakers.

The film and collection both reflect the confidence of a designer and brand that has not only arrived but settled in. In 2018, Amiri won the Footwear News Achievement Award for Emerging Talent; now, he’s has his own award, the Amiri Prize, which will give $100,000 and mentorship to an emerging U.S.-based designer.