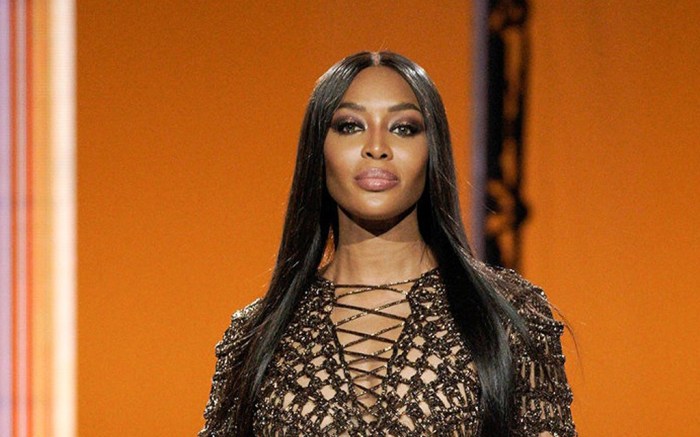 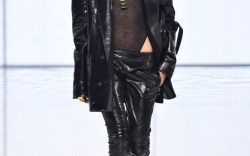 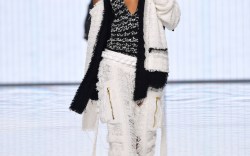 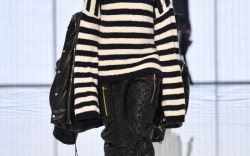 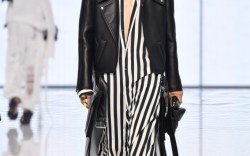 It was one of the most anticipated events of Paris Fashion Week — and Olivier Rousteing’s 10th anniversary show for Balmain definitely delivered.

“In many ways, I see this moment as a key date — we’re regrouping, saluting a past chapter, and moving forward into a new era. And that new era is all about freedom,” Rousteing wrote in his show notes.

Here are 5 big things to know about the Balmain Festival and star-studded show at La Seine Musicale.

Beyoncé opened the show with an important message.

When Beyonce speaks, people listen. And the thousands of guests at La Seine Musicale soaked up every word of the superstar’s pre-recorded message heralding Rousteing’s decade at Balmain. As the first Black creative director of French couture house, the designer took the reins when he was just 25 — and the fickle fashion crowd didn’t always embrace him at the beginning. But Rousteing was undeterred — and he’s now saluted for his bold, sexy (and commercial) aesthetic. But Beyoncé’s message went far beyond the clothes themselves.

“[You] brought a new mindset to help persuade fashion to finally begin to reflect the real true beauty of today’s streets, the beauty that you and your team see a daily on the diverse impressive boulevards and avenues of your beloved Paris,” she said. “And from day one, you did the right thing. You knew from the start that actions speak so much louder than words. So you’ve taken a stand, made the commitments and followed through at every step of the way.”

Rousteing reflected on his singular path in his show notes. ” When the door opened for me in 2011, I was not the most expected candidate for a creative director Since then, I have been determined to use this opportunity and position to keep pushing for further change. I’ve worked to ensure that Balmain’s presentations, workspaces and campaigns reflect the true diverse beauty of today’s world,” he wrote.

Spring ’22 has marked the return of physical shows in a big way, but one big question remains: Why hasn’t more changed? After a pandemic-fueled debate about the future of fashion week, everything feels pretty much the same at the shows, save for the masks. A small group of buyers, editors, influencers and celebrities continues to fill the seats — and fashion fans tune in on online.

But Rousteing has always taken a more accessible approach — for the second Balmain Festival, he opened the show to thousands of people, who stood right beside the runway and cheered throughout much of the show.

Some of the loudest roars came when trailblazing curvy model Precious Lee walked down the runway — an authentic endorsement of Rousteing’s inclusive fashion vision.

After the runway outing, the party continued with Doja Cat and Franz Ferdinand taking the stage.

A year ago, the designer suffered painful burns in an accident. The healing process inspired his Spring ’22 designs.

As if the show wasn’t emotional enough, the designer revealed that he suffered burns in an accident about a year ago.

“Hospital rooms, bandages and gauze wraps suddenly became a big part of my life — and as I began sketching, I found myself translating those months of doctors and physical therapy into today’s many bands, weaves and dangling straps,” Rousteing wrote. “In addition, the sets of multiple golden bands that you’ll spot adorning the models’ hands riff on the ring sets that I adopted to help hide my scars during recovery. By embracing that previous pain and celebrating the power of healing, somehow I’ve been able to translate them into beautiful components of my designs.

So it was fitting then that models walked in sandals with thick, overlapping straps that symbolized bandages and protection.

Anniversary events often rewind through the greatest hits of a designer reign — and Naomi Campbell, Carla Bruni, Karen Elson and more showed off some of Rousteing’s re-issued looks during the second part of the show.

The Balmain supermodel army walked down the runway in the dramatic finale to Sia’s song “Unstoppable.”

Rousteing took his bow as the supermodels surrounded him on stage and the audience erupted with rapturous applause.

The festival was for a good cause.

Two years ago, Balmain’s first festival in Paris brought awareness and funding to the AIDS fight. But coronavirus stalled the house’s plans for second event in 2020.

“We were all incredibly disappointed when pandemic realities forced us to cancel 2020’s festival — which explains our high-level of excitement, knowing that we will once again experience the beauty of friendship, the power of music and the excitement of Paris fashion week,” Rousteing wrote in his show notes.