Madonna & Maluma Show Off Their Edgy Style for ‘Rolling Stone’ 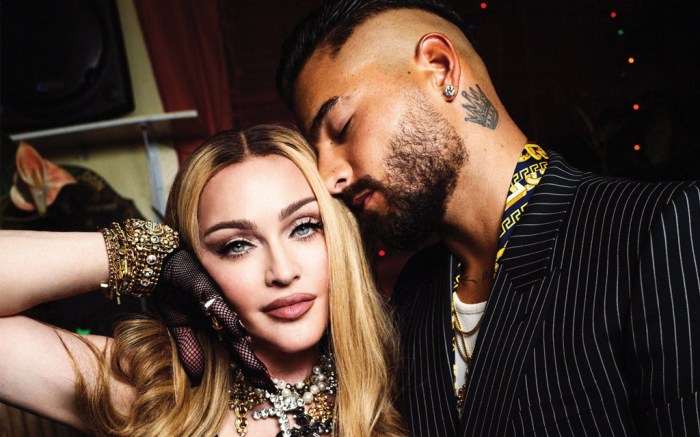 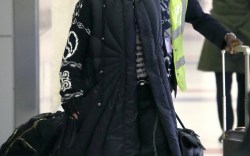 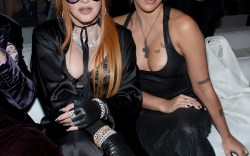 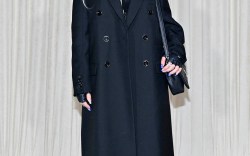 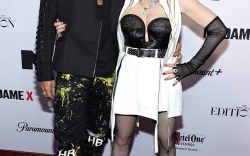 Madonna and Maluma are kicking off Rolling Stone‘s third-annual “Musicians on Musicians” issue in edgy fashion.

The two singers star on the first of publication’s four covers this week, kicking off the series with an intimate sit-down interview at a Williamsburg social club. For the photoshoot, the “Medellín” singers each modeled a mixture of bold attire.

Madonna’s looks ranged from retro minidresses and bespoke cross necklaces to vintage Givenchy by Alexander McQueen coats and custom boots from Miu Miu. As for Maluma, the Colombian musician tapped his own mix of designers — think an Amiri leather jacket, Dior jeans, a Louis Vuitton suit, Nanushka sets and more.

“You changed my vision in many ways. I’m still young and I’m still learning a bunch of things in this industry and my career, but it was an important thing to just be more confident in myself,” Maluma said to Madonna during the interview now live at RollingStone.com.

“Obviously your career will go in many directions, and you’ll have ups and — I’m sorry — but you’re going to have some downs, too, because that’s life,” said Madonna during their chats. “But then again, it won’t be a down, because everything that happens to us is a teacher and we learn from it. It’s useless to think of things that happen to you as bad, I guess. They’re just learning experiences you had to go through.”

Rolling Stone is also a sister publication for FN that recently relaunched its shop of branded merch available on its website.

When it comes to her own statement style, Madonna is no stranger to a statement look. The Queen of Pop leans towards fashion-forward and risk-taking designs from top brands such as Gucci, Jean-Paul Gauthier and Burberry amongst others. Beyond her red carpet style, Madonna has also starred in campaigns for Dolce & Gabbana, Versace and Louis Vuitton.

In 2010, the “Crazy for You” songstress created a junior’s clothing line, Material Girl, alongside her daughter Lourdes Leon.

Maluma, too, has his own impressive fashion repertoire as he collaborated with Balmain on a collection earlier this year. He has also sat front row for the likes of Off-White, Louis Vuitton and Heron Preston over the past few seasons.

Click through the gallery to see Madonna’s style evolution throughout the decades.