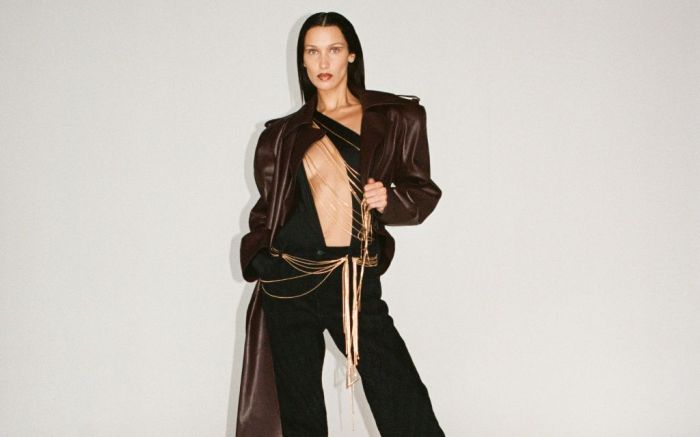 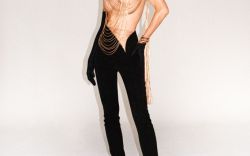 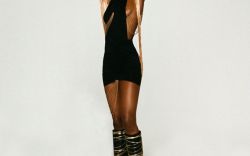 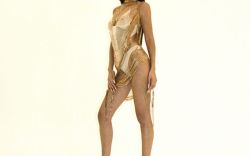 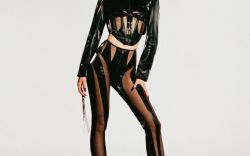 French fashion brand Mugler continues to resurrect itself to pop culture, thanks in part to a new retrospective at the Musée des Arts Decoratifs, which opened during Paris Fashion Week last month. The “Couturissime” exhibition is chock full of designer and founder Thierry Mugler’s otherworldly creations from the ’80s and ’90s.

This week, Mugler the brand (which the designer left in 2002) debuted its fall ’21 collection in a short fashion film that proves its current creative director Casey Cadwallader is well versed in the DNA of the brand. And he’s enlisted Jimmy Choo to help kick off Mugler’s latest chapter.

The two brands will debut a capsule collection for early spring ’22 that expands on the styles that were previewed in the fall ’21 collection film. Cut-out calf boots, pointy-toed pumps attached with wraparound chain anklets and minimalist sandals with sculptural metal balls attached to the toes were paired with the collection’s vampy ready-to-wear which included boned corsets, high-waisted zip leggings made of recycled Lycra and tulle, deconstructed jersey dresses, velvet-like bodysuits in techno jersey, miniskirts in both wavy 3D shapes and barely-there shirred styles, and striped and patch worked denim and trousers  — much of which were done in a reflective material that glows in the dark.

Jimmy Choo will debut styles from the collection in selected shops and online come early spring ’22. The partnership is further proof of Mugler’s growing popularity after two decades of inconsistency. After Mugler departed his brand in 2002, parent company Clarins (which acquired rights to the name in 1997) shuttered the ready-to-wear arm in 2003, but kept its popular fragrances in market. In 2010, Lady Gaga stylist Nicola Formichetti signed on as creative director to the Thierry Mugler brand, renaming it “Mugler.” He was replaced in 2013 by designer David Koma. Cadwallader signed on to the brand in 2018 and has since helped to bring Mugler back to the forefront of Paris fashion.

The brand has also gained contemporary popularity from Cardi B, though it should be noted that most the star’s biggest looks from the fashion house have come from Thierry Mugler’s archives, not from the current brand. The singer joined the designer at the opening of his “Couturissime” exhibition in Paris in September in a custom made red sequin gown with a gigantic feather accessory.