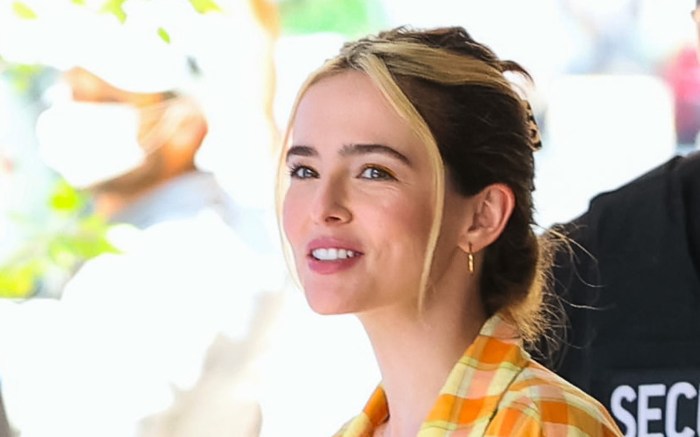 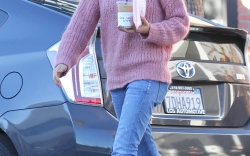 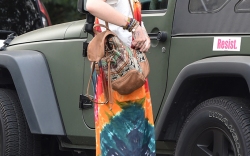 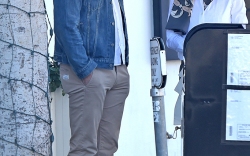 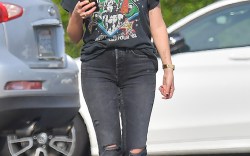 Zoey Deutch went for an edgy and modern look in a recent on-set candid.

The actress was on the set of her upcoming film “Not Okay” with her fellow costar Mia Isaac. For Deutch’s ensemble, she opted for a gingham print shirt that incorporated the colors orange, yellow and green. The “Before I Fall” star layered a white camisole underneath and paired the top half with a pair of dark wash carpenter jeans. For accessories, Deutch wore a multitude of rings — each a different, vibrant shade that draws the eye to her fingers.

As it pertains to footwear, Deutch wore a pair of trendy Converse shoes in the brand’s popular Run Star Hike silhouette. The shoe incorporates a thick platform sole and tactical rubber spikes on the bottom of the sole. This silhouette gained prominence due to its popularity on social media and celebrities like Russell Westbrook, Bella Hadid and Rita Ora sporting the style. Fans can shop the shoe for $110 at Converse.com.

When it comes to Deutch’s essential style, she dons clothing that’s on-trend and considered modern. Her Instagram feed features oversized separated, intricates pieces of denim and edgy dresses. Some staple shoe silhouette in her closet includes sharp pumps, heeled sandals and chic boots of all lengths.

Deutch gained notability when she starred in “Everybody Wants Some!!,” “The Politician” and “Set It Up.” She also starred in “Vampire Academy” and blockbuster films like “Zombieland: Double Tap” and “Why Him?” But the actress is no stranger to the fashion industry with posing for a campaign with the Italian luxury fashion house Fendi for its Peekaboo bag. She also was honored by Max Mara in 2017 by being the 12th recipient of the Women In Film Max Mara Face of the Future Award.

Put on a pair of platform hiking shoes and a modern, hiking look to the rest of your summer outfits, inspired by Zoey Deutch.

Flip through the gallery for more celebs who love their Converse sneakers.