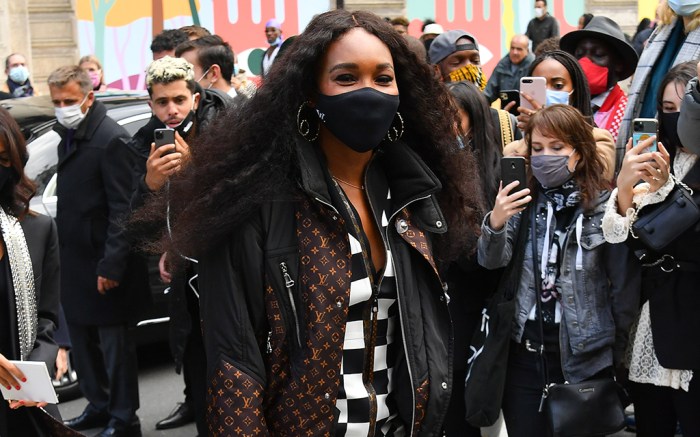 Though many associate Venus Williams with athletics, the tennis star proved she can rock an edgy side as well.

Williams posted her look to her Instagram page on Wednesday while in Barcelona, Spain. She had on a blue plaid dress that featured shirred material throughout the bodice that contrasted with her slightly puffed sleeves. Williams threw a bright, bubblegum pink bag with a silver chain over her shoulder that popped against the rest of the outfit.

She added an edge to the preppy dress with black leather combat boots. The footwear featured the popular lug sole as well as silver buckles along the ankle. The soles also featured a bit of a platform. Platforms have been making a reemergence from the ’90s as of late, and have even been getting the red carpet treatment, from the Met Gala to the MTV VMAs.

The K-Swiss collaborator opts for sporty apparel from her own label, EleVen by Venus, as well as Wilson, for which she serves as an ambassador. According to Forbes, her many endorsements have included Electronic Arts, Kraft, Ralph Lauren and Tide.

Try out your own lug sole boot this season like Williams.