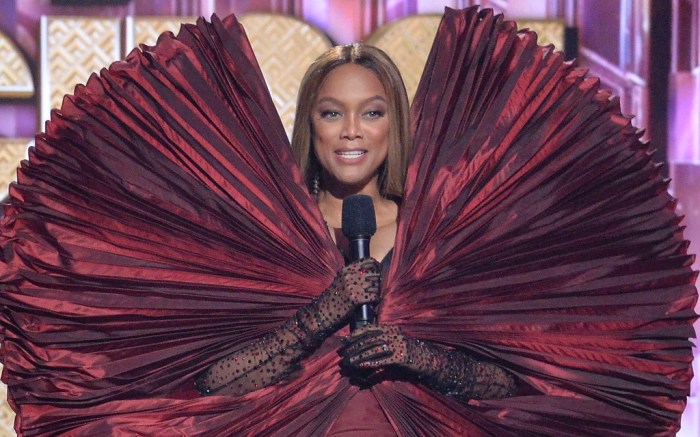 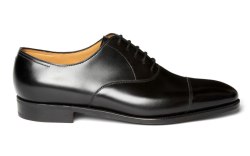 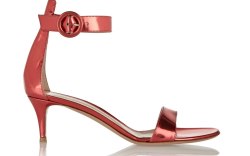 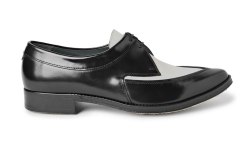 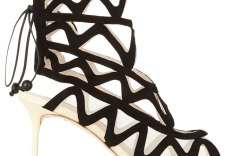 For the second episode of the reality competition show’s 30th season, Banks donned a dramatic dark red dress. Her bold outfit featured a plunging neckline, plus a high-low skirt with an asymmetric hem and flowing train. The ensemble was also paired with sparkly sheer gloves, fishnet tights and glittering black pumps.

However, the element of Banks’ outfit that drew the most attention were her dress’ sleeves. Fanning out in wide circular shapes, the pleated sleeves took center stage with their massive shape and sharp textures.

Viewers at home certainly took notice, with many taking to Twitter to share their reactions to the former “America’s Next Top Model” creator’s maximalist look. Most drew comparisons between Banks’ sleeves and the flared neck of the dilophosaurus dinosaurs from the 1993 sci-fi film “Jurassic Park.” Similarities between the dress and pasta, party decorations and more were also made online.

What in the farfalle pasta is Tyra Banks wearing??? #DWTS pic.twitter.com/Nlu5UebXtt

My Mom sent me a pic of #tyrabanks #DWTS outfit tonight and all I saw was this… pic.twitter.com/s0crbKspgb

Why is Tyra Banks dressed like the dinosaur that ate Newman in Jurassic Park? #DWTS pic.twitter.com/DR4MjVTFmP

Is it just me, or does @tyrabanks look like a baby shower decoration? #DWTS pic.twitter.com/EcvNj0IUAl

Click through the gallery to see more dancing shoes from “Dancing With the Stars.”