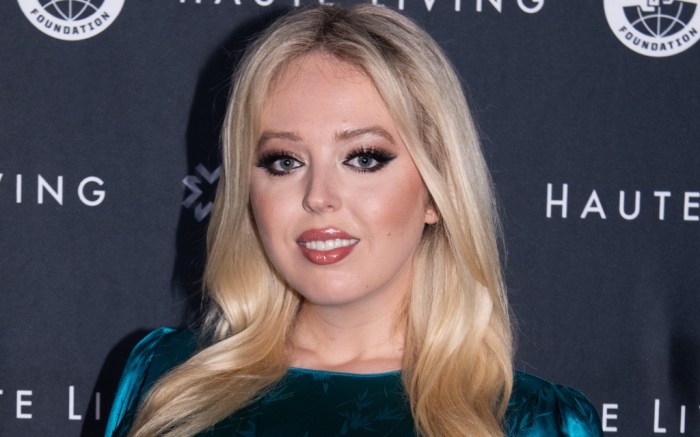 Tiffany Trump brought an edge to ski style while celebrating the holidays with her mother, Marla Maples.

“Its our time … all of us, to reach higher than we can imagine to bring the most light and joy into our world! We have the choice, all of us. Each and every one of us is created with starlight and purpose and together we shine even brighter,” said Maples in her post’s caption. “#2022 we are ready!!”

Trump’s shoes of choice were a pair of black combat boots. Her lace-up style featured leather uppers with rounded toes, as well as thick textured front straps and ridged soles. The pair gave her look a grungy edge, while also being practical by providing fuller coverage for winter.

Combat boots are a top footwear trend in the fall and winter seasons, due to their fuller coverage and ability to create a utilitarian ensemble from their traditional laces and thick soles. Numerous brands including Louis Vuitton, Bottega Veneta and Gucci have taken the style a step further by introducing pairs with lug soles, a thicker take on combat boots’ ridged soles. In addition to Trump, stars like Elsa Hosk, Kourtney Kardashian and Kelly Clarkson have worn similarly edgy combat boots by Christian Louboutin, Chanel and Prada in recent weeks.

When it comes to footwear, the former first daughter prefers pointed-toe pumps as a go-to style, which she’s worn for years in tones of black, beige and ivory from brands like Valentino. For events or the red carpet, she regularly dons strappy sandals and platform boots from brands like Louboutin. When off-duty, Trump keeps her shoes decidedly more comfortable, appearing in preppy loafers or flats.

Click through the gallery to see Tiffany Trump’s style evolution over the years.