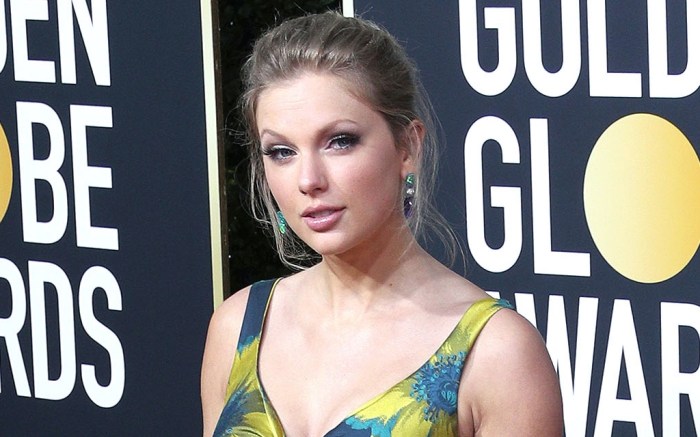 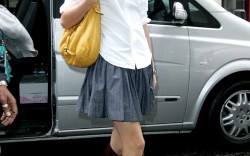 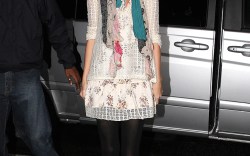 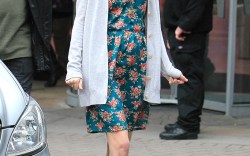 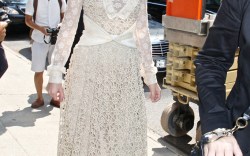 Taylor Swift has cemented her love for fall — and its “basic” aesthetics — in a new video on Instagram.

The Grammy Award-winning singer shared a new clip to the social media platform, based on one of her old Tumblr posts and captioned “Basic autumn lovers RISE.” The video features a range of imagery associated with fall — bakers’ caps, scarves, knee socks, pumpkin-flavored coffee, cookies and a roaring fire— while Swift narrates her post as audio.

It also features Swift in a fall-ready outfit, consisting of a tan sweater, and red and black plaid miniskirt worn over lacy black tights. The outfit’s eclectic and cozy nature is instantly reminiscent of the autumn season, featuring dark tones in a layered ensemble.

The “All Too Well” singer’s shoes of choice — which she previously mentioned on Tumblr in all-caps— were ankle boots. The pair seen in her video featured brown leather uppers and rounded toes within a lace-up silhouette. Her footwear was complete with a wooden block heel, appearing to total at least 2 inches in height. The footwear added a vintage-inspired feel to Swift’s outfit, also reminiscent of her “Red” album era in 2012.

However, these weren’t the only autumn-worthy shoes Swift featured in her video. The musician also paired cozy cardigans, leggings and knee socks with brown leather oxfords and black Dolce and Gabbana combat boots. Both pairs featured lace-up styles, as well as rounded toes for comfort and ease.

When it comes to footwear, Swift often sticks to aesthetic-focused pairs based on her current album cycle. The “Mean” singer regularly wears ankle boots from Christy Dawn, Hunter and Ugg, as well as Nike and Golden Goose sneakers, while off-duty. For red carpets and onstage performances, she can also be spotted in pumps, sandals and tall boots from brands like Christian Louboutin, Chloe Gosselin, Sophia Webster, Aquazzura and more.