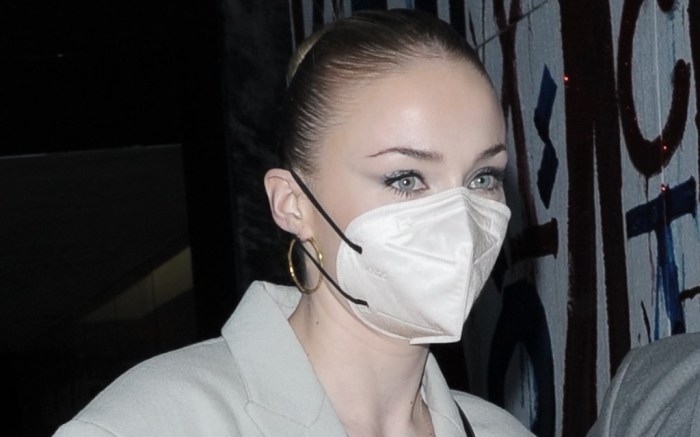 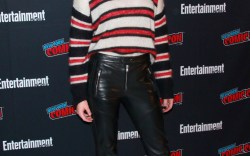 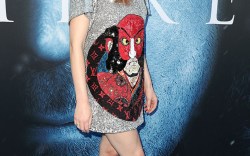 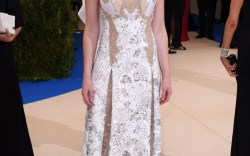 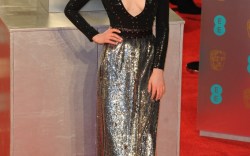 View Gallery 23 Images
If you purchase an independently reviewed product or service through a link on our website, we may receive an affiliate commission.

Sophie Turner is ready for summer in a rockstar-worthy outfit.

The “Game of Thrones” star posed against a colorful mural yesterday in an edgy, Western-inspired look. Turner wore a Lenny Kravitz T-shirt circa 1993, paired with a black miniskirt and skinny sunglasses. The actress also carried By Far’s Ami shoulder bag, whose black leather matched the rest of her ensemble. The actress’ handbag retails for $360 (on sale from $735) on NeimanMarcus.com.

For footwear, Turner slipped on a pair of Black Star’s Marfa boots. The Western shoes feature bright red leather uppers, as well as pointed toes and 2-inch angled heels. Their most eye-catching detail, however, comes from an inlaid star pattern accented with silver studs. Turner’s pair retails for $380 on BootBarn.com.

Tall boots have grown in popularity this summer, often paired with short skirts or jeans in homage to the early 2000’s. Turner’s added more Western flair to her ensemble, with rock n’ roll glamour provided by the pair’s studded star pattern. Similar Western boots have also been spotted on Kourtney Kardashian and Dua Lipa in recent months. However, styles with taller heights and pointed toes have also been on the rise, worn by celebrities like Bella Hadid, Ciara, and Jordyn Woods.

This isn’t the first time Turner’s worn Western-inspired boots this season. The actress was recently seen in a black and red block-heeled pair, worn to Louis Vuitton’s Parfum dinner at Paris Fashion Week, from the French brand’s Resort 2022 collection. On that occasion, Turner coordinated her black-and-white look with husband Joe Jonas; the two frequently wear outfits in similar colors and tones, whether for street style or at events like the Met Gala.

When it comes to shoes, the “Dark Phoenix” star has numerous go-to brands. Aside from frequently wearing Louis Vuitton footwear — fitting, as she’s been an ambassador for the house since 2016 — the actress has been seen in sandals and pointed-toe pumps by Jimmy Choo, Christian Louboutin, and Neil J. Rodgers on the red carpet. When off-duty, she often wears sneakers by Nike, Koio, and New Balance, as well as sandals and slides by Wandler, Bottega Veneta, and Staud.

Slip on a pair of Western boots this summer, inspired by Sophie Turner.

Click through the gallery to see more of Sophie Turner’s most glamorous red carpet moments over the years.