Sophie Turner Keeps It Casual in Loose Jeans, a Baseball Cap and Her Go-To Nike Sneakers 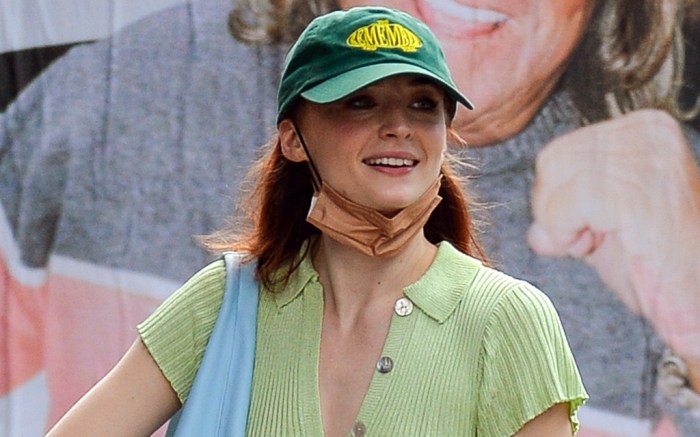 The “Game of Thrones” alum was in New York on Tuesday with her husband, Jonas. The actress opted for a punch of color in a lime green collared cardigan top with light-wash, baggy, ripped denim. She added a darker green baseball cap to her outfit, as well as a baby blue shoulder bag for a finishing touch.

Turner kept the casual style going when it came to her footwear. She sported white Nike low-top sneakers with her outfit, which she was just seen in the day before. The Nike Dunk Low “Photon Dust” includes white uppers with contrasting light gray overlays and a coordinating outsole. The shoes are currently reselling for upwards of $285 to $380 at GOAT.

Jonas and Turner were accompanied by their daughter, 1-year-old Willa, during their outing. The Jonas Brothers lead wore a striped yellow, brown, white and black knit collared top with black pants and black and white Vans sneakers.

Though she chose a dressed-down ensemble for this look, Turner oftentimes hits more formal events in designer footwear and apparel from her go-to brand, Louis Vuitton; the actress has even appeared in advertisements and campaigns for the brand. Outside of LV, Turner also loves shoes from Umbro, APL and Staud amongst others.

Try out Turner’s favored sneaker style with a similar pair.