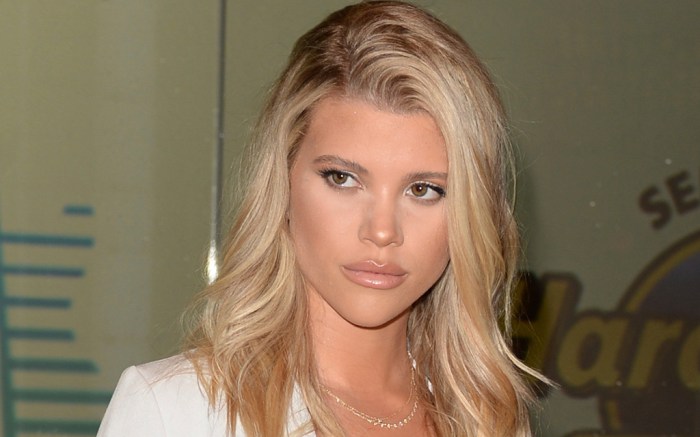 Sofia Richie gave her take on loungewear in an outfit combination that is sure to be everywhere this spring.

The model posed in her scenic backyard this afternoon in a look courtesy of Pretty Little Thing. Richie, who serves as an ambassador for the label, paired tie-waist camel cargo pants with a button-up cardigan. Cargo pants, as well as retro-chic cardigans, are both experiencing a moment on the fashion scene amidst revitalizations of late 1990s and early 2000s trends such as combat boots and low-rise bottoms.

Though she went barefoot for the snap, when it comes to footwear, Richie often taps to DSW for her more wallet-friendly picks. The brand ambassador first collaborated with DSW in May when she, as well as Reebok and Vince Camuto, came together to use footwear for good. She announced that DSW and the two brands would be donating more than 100,000 new shoes to frontline workers. DSW was also to partner with Soles4Souls to encourage shoe lovers to donate a pair of new or gently worn shoes at the retailer and via curbside pickup for communities that need them the most throughout May.

Since then, the media personality has continued to share a selection of her favorite styles from the retailer across social media, matching the pairs to everything from workout apparel to chic summer dresses.

In addition to joining hands and feet with DSW, Richie previously has created her own capsules with brands like Frankie’s Bikinis and Misguided as well as starred in campaigns for Mackage, Tommy Hilfiger, Rolla’s Jeans and more. The 22-year-old‘s own rotation of relaxed footwear includes everything from Fendi slides to APL sneakers and fuzzy Ugg slippers.

Clck through the gallery to discover more of Sofia Richie’s chic street style looks throughout the years.