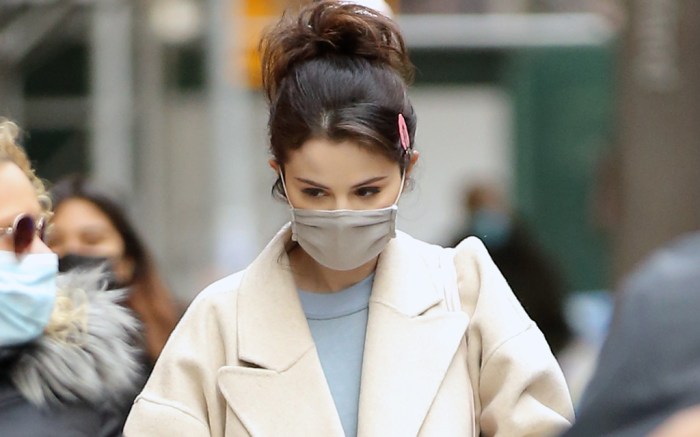 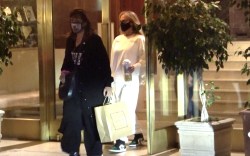 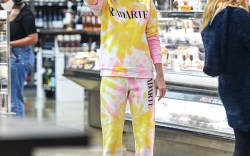 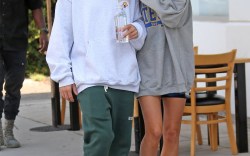 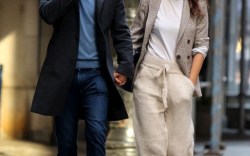 Selena Gomez made her way to set on Sunday in New York. The actress is currently filming the upcoming Hulu series “Only Murders in the Building,” in which she stars alongside Steve Martin and Martin Short.

Gomez kept it casual, wearing a powder blue sweatsuit and all-white Puma sneakers. She elevated the look with a cream, wool overcoat, which from a distance made her fuzzy joggers look like denim pants.

Her Puma sneakers are currently on sale. Originally retailing for $110, the women’s CELL Stellar style is now available for $55 and features a mush upper and rubber outsole. Gomez has been brand ambassador for Puma since September 2017, and has starred in multiple ad campaigns for the company as well as designing her own signature sneakers, which released in December 2018.

Outside of fashion, Gomez is busy with music. Last week, she released her first Spanish single, “De Una Vez” (“At Once”), as well as the accompanying music video. “This is the beginning of something I’ve wanted to explore for so long. I hope you love it as much as I do,” she posted on Instagram.

To see how more stars styled their sweatpants, click through the gallery.