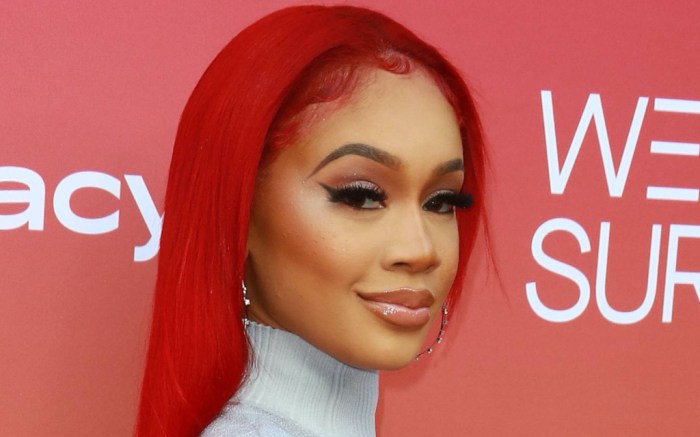 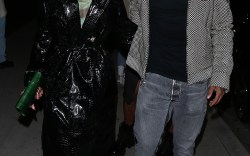 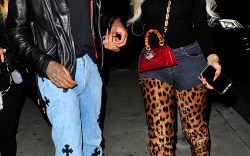 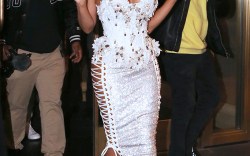 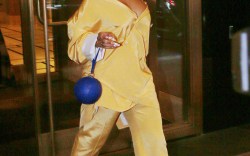 Saweetie just paid homage to the 2004 film “Catwoman” on TikTok—along with the film’s titular star—for Halloween.

The “Icy Grl” rapper donned a replica of Halle Berry’s original costume for the action film, which was panned upon its release 17 years ago but has gained a strong following on social media this year. Her outfit included a pair of shredded leather pants, as well as a leather  bra top and crossed front straps. Naturally, her look was accessorized with Catwoman’s black cat mask and elbow-length gloves.

When it came to shoes, Saweetie elevated her costume with a pair of heeled boots. Her footwear featured rounded toes, ridged soles and black uppers. They also appeared to include heels totaling at least 4 inches in height, adding an edgy boost to her ensemble.

The humorous video shows Saweetie reciting a “Catwoman” monologue on a rooftop while being interrupted by Berry. As the rapper says she’s “just trying to get out here and get these coins,” Berry gives her an intense stare before stating one of the rapper’s signature quotes: “I know that’s right.” The clip currently has over 61,000 Likes since its publication online.

The towering boots aren’t the only bold pair of shoes Saweetie’s worn this season. Earlier this month, the “Sex: Unzipped” host wore metallic silver Dolce and Gabbana sandals at Audacy’s We Can Survive concert. The footwear created a monochrome moment with her sparkly silver sweater and miniskirt on the red carpet.

For footwear, the “Best Friend” singer can be seen in pointed-toe pumps and sandals from brands like Casadei, Tamara Mellon and Jimmy Choo. While off-duty, she favors sneakers by Nike, Vans and Christian Louboutin. Saweetie is also a regular at New York Fashion Week, commanding front rows for brands like Christian Cowan, The Blonds, Sergio Hudson and Brandon Maxwell. However, her fashion experience extends beyond the front row, as she’s collaborated on lines with brands like PrettyLittleThing and was just named the newest face of Crocs.

Click through the gallery for more of Saweetie’s best style moments over the years.