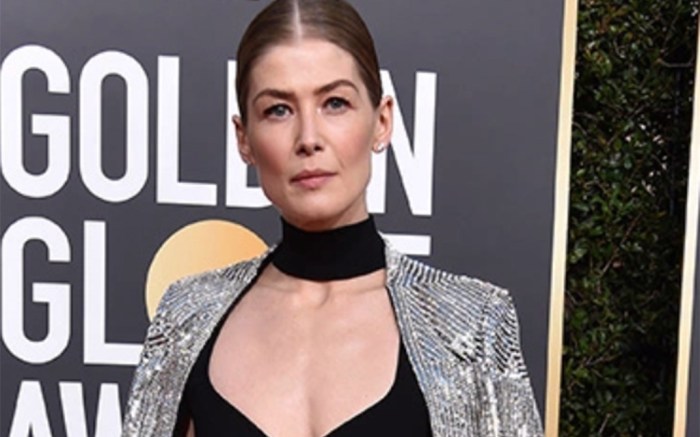 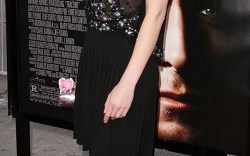 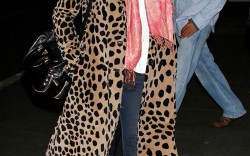 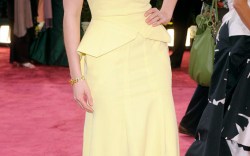 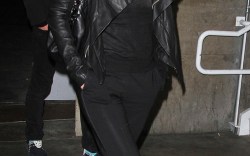 Rosamund Pike is up for Best Actress in a Motion Picture at this year’s Golden Globe Awards.

The British actress is nominated for her role in “I Care a Lot” in the Comedy or Musical category. Over the past two decades, Pike has graced the red carpet in elegantly feminine looks. For last year’s Golden Globe awards the “Gone Girl” actress wore an elegant black dress that featured cut-out detailing. She paired the dress with a sparkly silver jacket. The ensemble covered her footwear for the evening.

Pike was 21 years old when she auditioned for her first feature film, which happened to be a James Bond movie. She starred as Miranda Frost in “Die Another Day” in 2002.

At the premiere, the actress was totally 2000s in her backless camisole dress and metallic sandals.

Since her big break, Pike has favored simple yet chic dresses and gowns for red carpets and fashion events. Fast-forward to the 2008 Academy Awards, the “Radioactive” actress opted for a more minimal style in the form of an asymmetrical-strapped canary yellow gown that was floor length.

Off the red carpet, Pike enjoys taking more fashion risks. In 2008, the actress was spotted at the LAX Airport wearing a fedora, pink scarf and a leopard print jacket. She topped off her travel look with a pair of cowboy boots.

Another bold look Pike pulled off at the LAX was in 2018 when she was spotted in florescent yellow combat boots. The actress styled the statement shoes with a trench coat, a graphic T-shirt and jeans.

Many of Pike’s red carpet looks involve floor-length gowns that cover her shoes. When she does wear short-length dresses for events and premieres, the actress opts for elegant pumps and sandals.

Most recently, Pike has ventured out of her usual comfort zone of wearing elegant gowns to premieres. Before the pandemic, the actress wore a vibrant red silk suit with Stuart Weitzman strapped sandals to the “Radioactive” premiere in London.