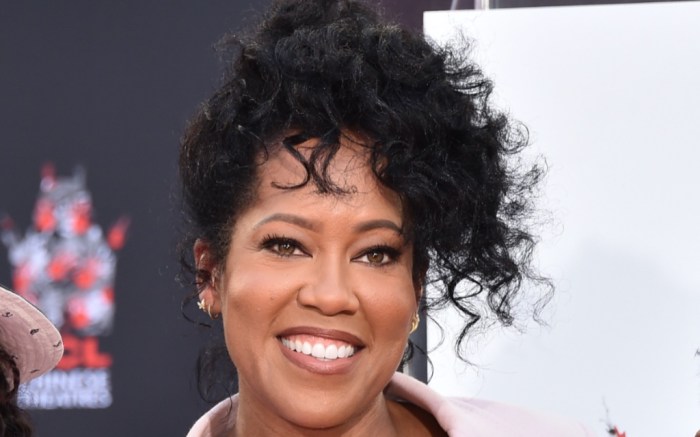 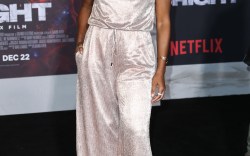 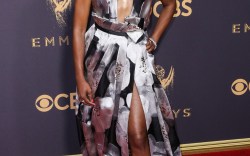 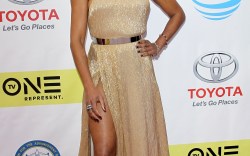 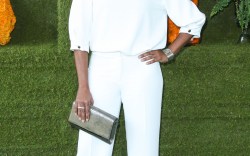 The Oscar and Emmy-winning actress placed her handprints and footprints in cement outside of the TCL Chinese Theatre in Hollywood , Calif., on Thursday. Her prints joined the likes of regarded actors and actress from Tom Cruise to Frank Sinatra and Cher. The ceremony was held six days before her latest film, “The Harder They Fall,”which begins streaming on Netflix.

To the prestigious ceremony, King donned a light pink suit. Her tailored outfit featured a jacket with matching pink buttons, a light pink top underneath and trousers. She added a cuff bracelet and a wristwatch with a pink face to the final ensemble.

For footwear, the actress wore brown heeled sandals to the event, which she eventually ditched to dip her toes into the cement. Her caramel-colored sandals featured a toe strap as well as a 5-inch stiletto heel. The simple style was perfect for the monumental moment for King.

The “Watchmen” actress is a master of award show season styling — whether in person or virtually — as well as hitting the red carpet looking her best. This year alone, she has modeled everything from Christopher John Rogers neon dresses and Schiaparelli ballgowns to custom Oscar de la Renta designs, all matched to towering Stuart Weitzman sandals. Earlier this spring, King had stunning bronze moment after making a glittering appearance at the 2021 Critics’ Choice Awards.