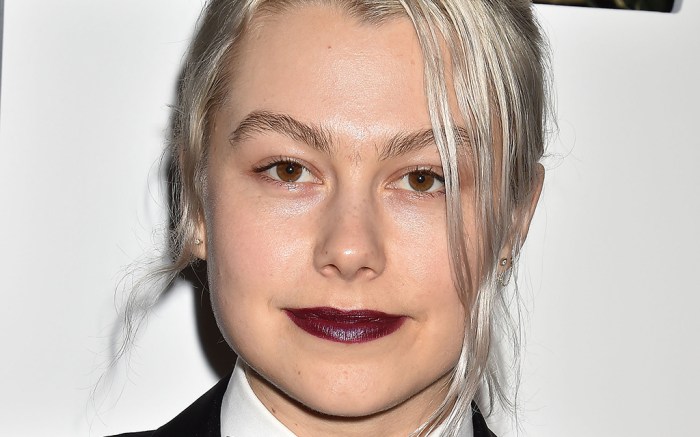 Phoebe Bridgers made her “Saturday Night Live” debut in a not so subtle way.

The Los Angeles-based singer opened with her song “Kyoto” in a reflective skeleton suit that served as a uniform for her backup band on the latest episode of “SNL” hosted by “Schitt’s Creek” star, Dan Levy. The skeleton suits were custom made for the Saturday evening performance that aired on Feb. 6, 2021, by clothing designer, Amber Doyle.

Later in the evening’s show, the “Punisher” songstress came out again to perform “I Know the End” in a black dress that had bejeweled embellishments outlining bones of the body. The edgy singer topped off the look with a pair of chunky black combat boots.

The slow-burner song generated heat and chaos at the end when Bridgers decided to repeatedly smash her guitar against an amp on stage.

Bridgers, who came out with her album “Punisher” last year, is an artist to watch. She already has kicked off this year with four Grammy nominations and now has made a splash with a memorable “SNL” performance.

When it comes to personal style, Bridgers favors dark, edgy outfits with a bit of femme flair. The same goes for her footwear preferences which include chunky combat boots and sneakers from the underground European brand, Buffalo.

The chunky sneaker brand also happens to be a favorite of actress Vanessa Hudgens, who wears the platform shoe with just about anything, including with sports bra and leggings.

Platform boots and sneakers continue to trend thanks to their edgy silhouette and boosting height. The soaring shoe can instantly elevate any outfit, whether you prefer to go casual or dressy. Below, take a look at some edgy footwear styles inspired by Phoebe Bridgers’ femme-goth footwear including the brands she loves.