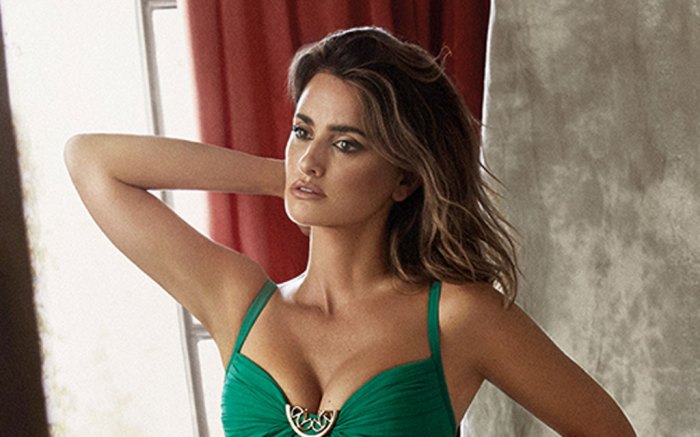 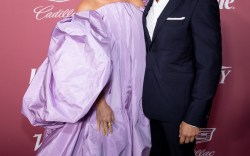 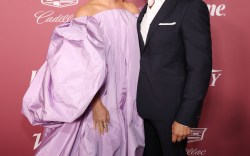 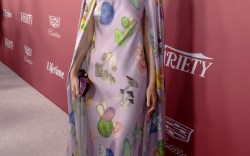 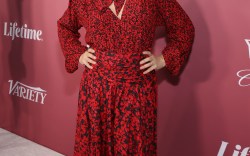 The pine-colored dress that the star wore so gracefully, encapsulated glamour. The frock featured thin straps that led into a corset-like top with a plunging neckline and gold clasp at the center. The ribbed upper overlapped with a pleated skirt that draped down to her feet and featured a thigh-high slit, which allowed her to show off her fabulous footwear.

The shoes added a neutral tone to the look and were made of a dark beige, shiny PVC material. The footwear, which gave the 47-year-old some height, also had a peep-toe front and a thin strap that wrapped around her ankles.

During the interview, Cruz, who has two children, discussed balancing motherhood and her career as well as her time filming “Parallel Mothers,” which is set to be released on Dec. 24. Cruz noted “my priority now is my children. I love acting, but I don’t feel a need to be doing it all the time.” She said “I was one of those people who would wake up in the middle of the night to answer emails. I had a deep relationship with my Blackberry. That has consequences, and that was not a rhythm I wanted to keep up.”

She also discussed working with the film’s director Pedro Almodóvar. The star has filmed eight movies with Almodóvar, beginning with “Live Flesh” in 1997 and subsequently “All about my mother,” “Volver,” “Broken Embraces,” “I’m So Excited” “Julieta,” “Pain and Glory” and, of course, “Parallel Mothers.” In reference to Almodóvar, Cruz told Variety “he’s never mean, but if I do a take he doesn’t like or if he feels like I’m not giving 100%, he tells me. On sets we change the way we act together.” Cruz said, “we create a distance when shooting, which protects the relationship.”

Flip through the gallery to see Variety’s Power of Women 2021 red carpet.