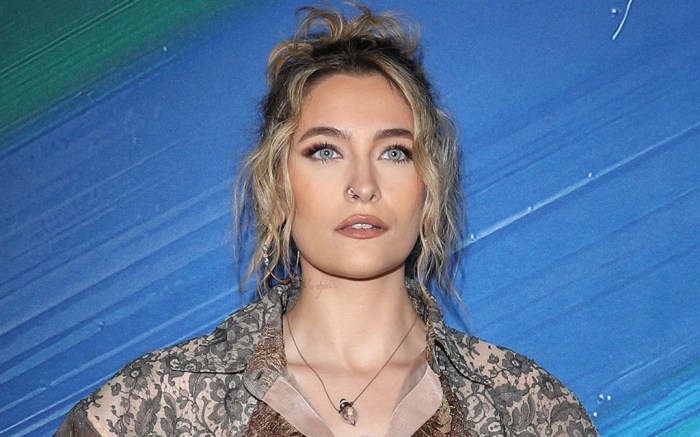 Paris Jackson just proved that she can make any look her own.

The 24-year-old actress is the latest star to grace the cover of Vogue Hong Kong’s December issue.

She left her Instagram followers stunned as she appeared to be wearing a sheer cutout outfit by Burberry. Her daring look featured brown Burberry patterns and panels along with a black mesh fabric. The one-piece outfit also included a circle cutout that appeared on the side of her legs.

Jackson swept her blond locs to the side, while a few strands draped the sides of her face.

She accessorized with Bulgari jewelry and flaunted some of her forearm tattoos. Neutral makeup was a great choice, as her outfit did all of the talking. The “American Horror Story” star tied the look together with a pair of nude pointed-toe stiletto pumps. Her footwear choice is a classic staple and signature option among many.

Eclecticism is the key when it comes to Jackson’s style. Since making her social media debut in 2011, her style has gone from punk rock to bohemian hippie. Staying true to herself, she has been wearing everything from leather corsets to lace overlays and graphic T-shirts. As for footwear, platform heels seem to be her new go-tos. She opted for the shoe style for the 2021 amfAR Gala and Stella McCartney’s spring ’22 presentation.

While her wardrobe may consist of looser silhouettes and fringed elements, the punk rock princess has taped top designers like Christian Louboutin, Dior, Balmain and Calvin Klein for her red carpet looks.

Jackson has truly made a name for herself in the fashion world. She has modeled alongside Kendall Jenner in campaigns for Penshoppe, Re/Done and Calvin Klein. She has even sat front row at fashion shows for Vivienne Westwood, Moschino and Christian Dior and has strutted down the runway for Jean Paul Gaultier.