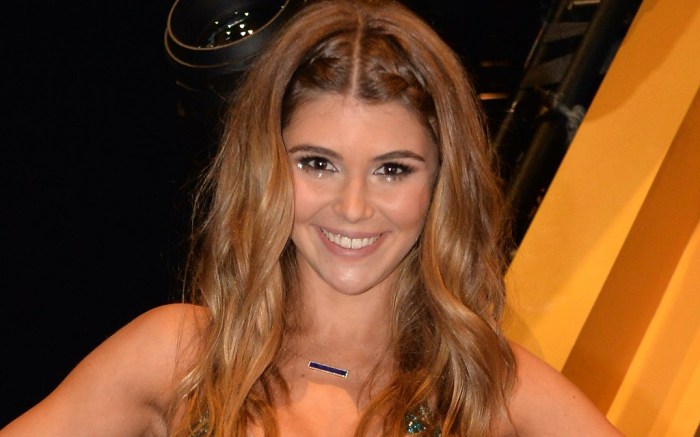 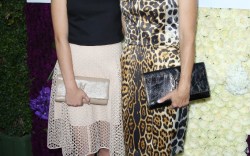 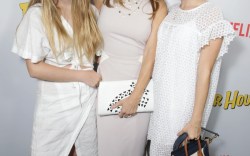 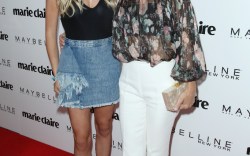 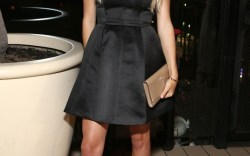 Olivia Jade began the 30th season of ABC’s “Dancing With the Stars” on a dazzling note.

The influencer shone under the spotlight for the season’s first challenge, where she shimmied while dancing the cha-cha with partner Val Chmerkovskiy. For the occasion, Jade wore a metallic green cutout minidress. The shiny number featured a metallic green bodice with crystal trim, accentuated with two large side cutouts. The dress was complete with a short skirt composed of layers of beaded fringe. Her outfit was complete with a gold and black pendant necklace and two beaded bracelets.

When it came to shoes, Jade went the traditional route in a pair of brown leather cha-cha heels. The shoes, which are traditionally used for the dance, featured a T-strap silhouette with multiple crossed toe straps. A rounded counter and heels that appeared to total at least 2 inches in height completed her look.

When off-stage, Jade keeps her shoe style sharp and versatile. The daughter of Lori Laughlin and fashion designer Mossimo Giannulli often wears classic heels suited for year-round wear on the red carpet, including black, tan and nude sandals and pumps. Her off-duty shoes hail from from a range of brands, such as Gucci platform loafers, Fendi boots and Zara mules. She also wears sneakers in low-top and chunky styles by Converse, Nike and Balenciaga.

Click through the gallery to see Olivia Jade’s style evolution over the years.