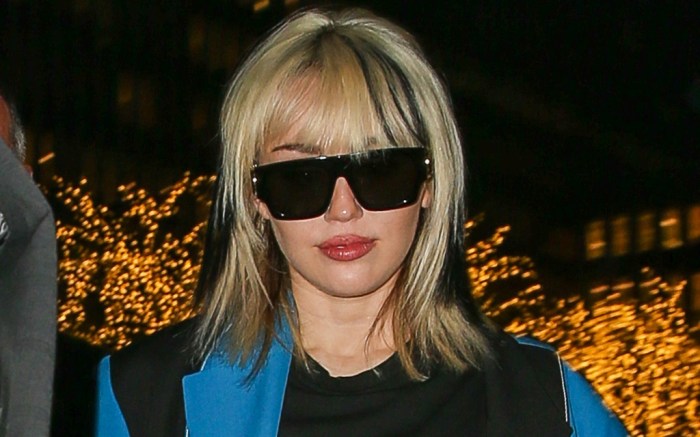 Ahead of making a guest appearance on the Billie Eilish-hosted episode, the “Climb” singer wore a bold pink crop top and flared pants by Philosophy. The matching set featured a dark pink geometric swirling print, reminiscent of the ’70s. Cyrus gave her look added rock ‘n’ roll vibes with a furry black coat, which included long sleeves. The star’s look was complete with drop earrings and a black flap bag, as well as circular Chanel sunglasses.

Where footwear was concerned, Cyrus’ shoes weren’t visible due to her pants’ flowing, circular hems. However, the “Crisis in Six Scenes” actress likely wore a pair of platform boots or sandals. In recent weeks, the star has been spotted in pairs with block heels and lug soles by Gucci, Simon Miller and Christian Louboutin.

Click through the gallery to see Miley Cyrus’ sharp style evolution over the years.