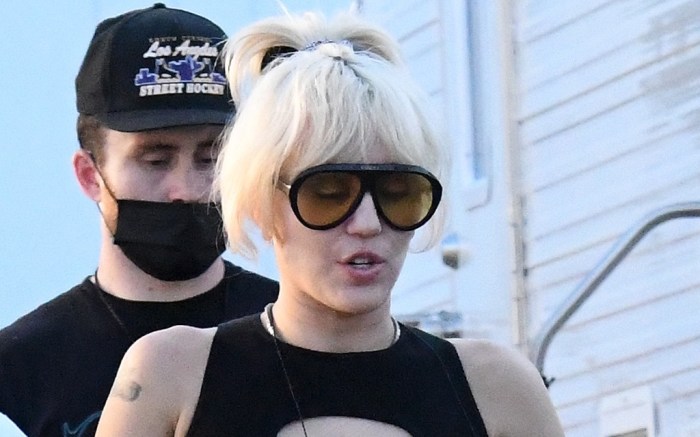 When it came to shoes, the “So Undercover” actress slipped on a pair of lug-sole Chelsea boots. The black style featured rounded toes and smooth leather uppers, as well as elastic side panels. However, their thick lug soles, which featured square-shaped side accents, added a utilitarian element to Cyrus’ outfit.

Lug-sole boots have become one of the year’s top footwear trends. Ankle, knee and thigh-high pairs with thick ridged soles have grown in popularity due to their whimsical nature, as well as runway prominence from brands like Bottega Veneta, Gucci and Prada. In addition to Cyrus, stars like Bella Thorne, Kaia Gerber and Ashley Benson have also worn pairs by Miu Miu, Celine and AGL in recent weeks.

Add chunky boots like Cyrus’ to your winter shoe wardrobe.

Click through the gallery to see Cyrus’ style transformation over the years.