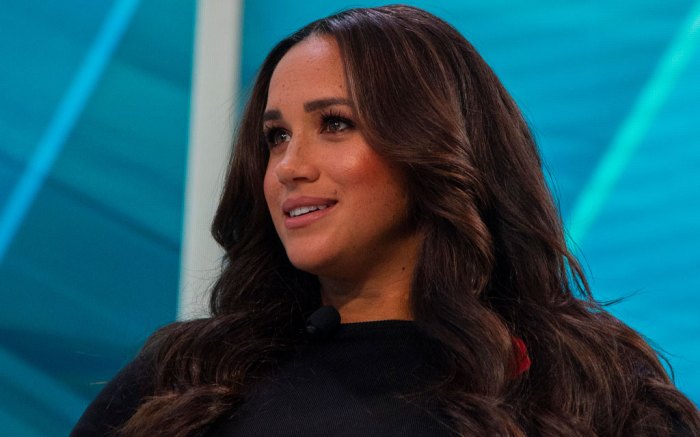 Meghan Markle joined The New York Times DealBook Online Summit yesterday.  The Duchess of Sussex had a conversation with Aaron Ross Sorkin and Mellody Hobson, who is the co-CEO of “Minding the Gap,” which focuses on economic and professional equality for women.

For the segment, the 40-year-old wore a head-to-toe black business ensemble. She sported a short-sleaved jumpsuit with a leather Ferragamo belt that featured a gold clasp in the front. On her feet, she wore a pair of pointed-toe stiletto pumps. She also sported a poppy as a sign of remembrance for military personnel who have died at war.

The mother-of-two discussed her campaign for paid family leave. Recently, Markle has been reaching out to members of Congress to discuss the issue. During the conversation, she noted, “I think this is one of those issues that is not red or blue. We can all agree that people need support certainly when they’ve just had a child,” adding, “paid leave, from my standpoint is just a humanitarian issue.”

Both Markle and her husband, Prince Harry, were recently deemed two of Time’s 100 most influential people for the year. The pair take that very seriously and are often seen helping out with global issues.

In September, the duke and duchess traveled to New York to help promote global distribution of vaccinations as part of the Global Citizen Live festival. During their stay, they met with local elementary school students at PS123, joining in on a school event.

Markle usually sports trendy and professional ensembles. For their after-school outing, Markle wore head-to-toe shades of deep red and burgundy. Her attire layered a Fuschia-trimmed Loro Piana jacket over a sleek blouse and coordinating high-rise trousers along with a pair of matching pumps.

See more of Meghan Markle’s style through the years.

Dress like a royal in these classy black pumps. 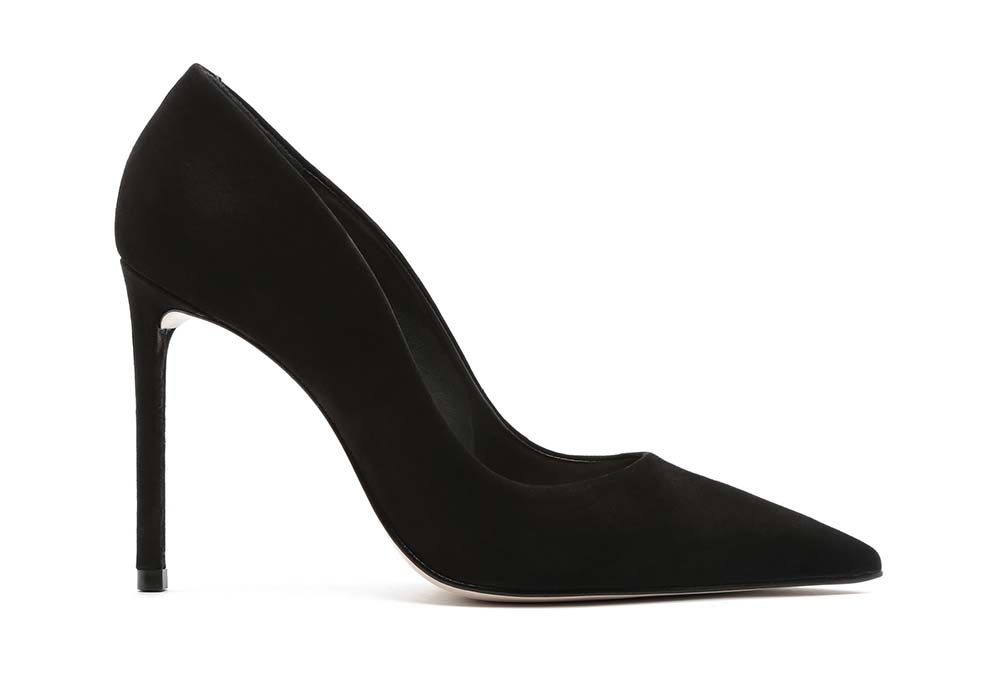 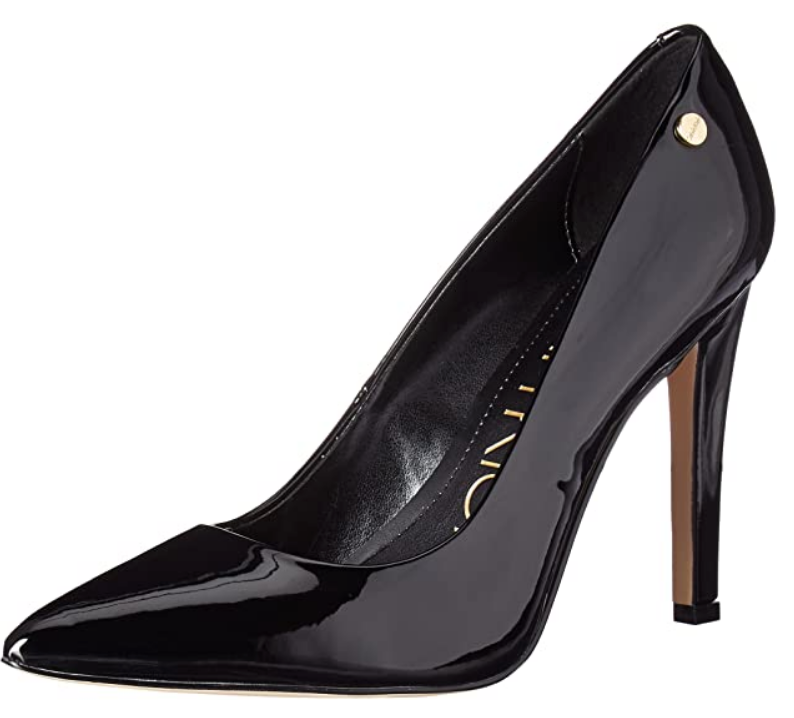