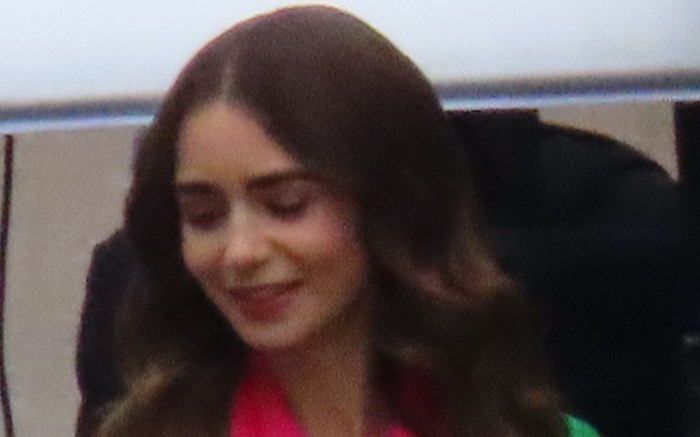 To celebrate the season 2 premiere of “Emily in Paris”—which just dropped on Netflix today—Lily Collins and co-star Ashley Park filmed a stylish take on the Zico dance challenge. The challenge involves subjects dancing to Korean rapper Zico’s song “Any Song,” which originated on TikTok.

Park and Collins completed the choreography during their time filming “Emily in Paris,” while behind-the-scenes of various shoots dressed as their respective characters Mindy and Emily. The duo wore a range of maximalist outfits crafted by costume designer Patricia Field for the show, featuring a variety of bright colors, bold textures and plenty of sparkle and metallic tones.

Statement footwear has become a mainstay for “Emily in Paris,” which follows Emily (Collins) as she begins a marketing job abroad in the City of Lights. Both Collins and Park have worn an array of bold footwear during the show’s first and second seasons, as their characters both have especially maximalist style. Many have drawn parallels to their statement-making ways of dressing and outfits worn by another character dressed by the iconic Field, Carrie Bradshaw (Sarah Jessica Parker).

Click through the gallery to discover Collins’ style evolution over the years.