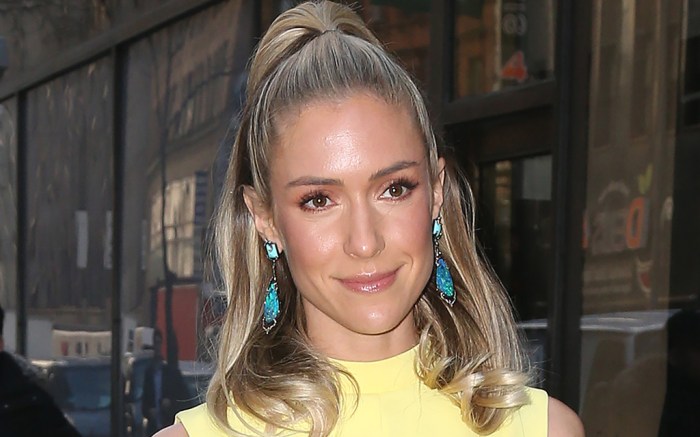 Kristin Cavallari rang in her birthday yesterday in classic style.

The “Laguna Beach” star turned 34 years old on Tuesday and took to Instagram to share her thoughts on another year come and gone as she celebrated with friends and family. For the outing, Cavallari opted for a twist on a little black dress with a mock neck design atop a long-sleeve silhouette and an open-back dip.

“33 was a crazy year to say the least. The ups and downs, highs and lows. But I can honestly say it was one the best years of my life. Lots of growth and opportunity. I feel like I’m back to my old self and it feels really damn good. This is 34,” wrote Cavallari in her caption.

As for footwear, the Uncommon James founder decided to go classic in a set of black pointed-toe pumps. Set atop a towering stiletto heel, the design appeared to measure over four inches in height.

While the television personality does tend to layer in a pop of color, she oftentimes favors black pieces to complete her ensembles. From leather leggings with matching booties to a beachy maxi dress by the shore, Cavallari can typically be found in a stylish look that elevates the ever-chic shade.

When it comes to dressier footwear, though, the now 34-year-old usually prefers teetering stilettos in a mix of silhouettes and colors for her formal occasions — she told FN in 2017 it’s “always” heels over flats. Her collection, highlighting styles from likes of Gianvito Rossi, Prada and Stuart Weitzman could be seen in her former TV series “Very Cavallari.”

Beyond both red carpet looks and her off-duty trends, Cavallari also has longtime ties to the footwear and fashion industries. She became a brand ambassador for Chinese Laundry in 2012 and designed her own collection with the brand for several years. She also founded her own accessories brand Uncommon James in 2017, with jewelry retailing for under $75, and has her Little James Clothing line for children.

Test out these classic pumps for style inspired by Kristin Cavallari.

Click through the gallery to discover more of Kristin Cavallari’s best street style moments throughout the years.