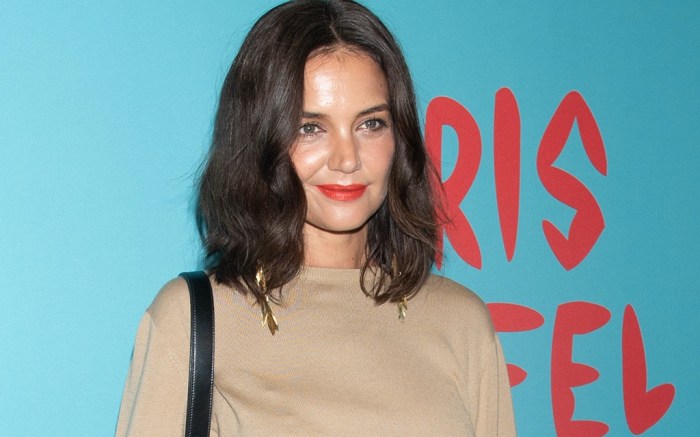 Katie Holmes managed to incorporate a pop of color into a full Fall outfit while on the set of her new movie ‘Rare Objects’ in New York.

The actress, who is starring in, co-writing and directing the film, dressed for the cold weather with a thick beige turtleneck as well a pair of black wide-leg jeans. She added a splash of vibrant tones to the look with her multicolored coat. The wool jacket gave a woven effect with the overlapping blue, pink and beige hues. For footwear, the star sported a pair of pointed-toe leather boots.

Holmes is no stranger to wearing casual looks while she is on duty. She has been spotted multiple times in comfortable director chic ensembles in New York while filming.  Last week, the “Dawson’s Creek” alum wore a purple blouse with ruffle detail around the collar and the sleeves. She tucked the shirt into the same black jeans. She accessorized with a belt that boasted a large gold buckle. This time, however, she traded in the boots for a pair of comfortable white sneakers.

According to Variety, “Rare Objects” follows the story of a young woman, who will be played by Julia Mayorga, that begins working at an antique store in an effort to rebuild her life following a traumatic past. Holmes co-wrote the screenplay of the film, which is based on a novel of the same name by Kathleen Tessar.

Slip into a pair of these black boots inspired by Katie Holmes. 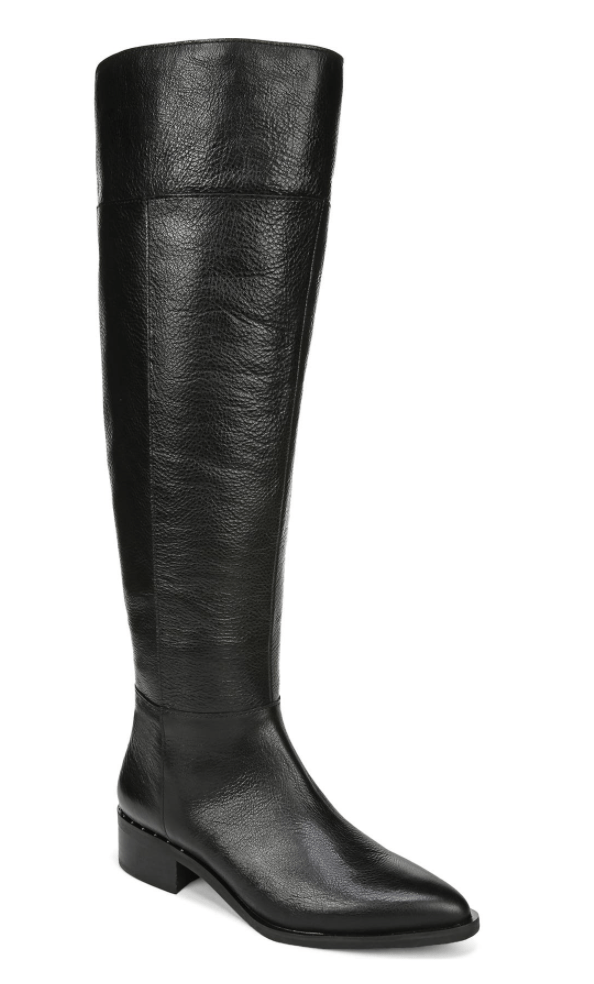 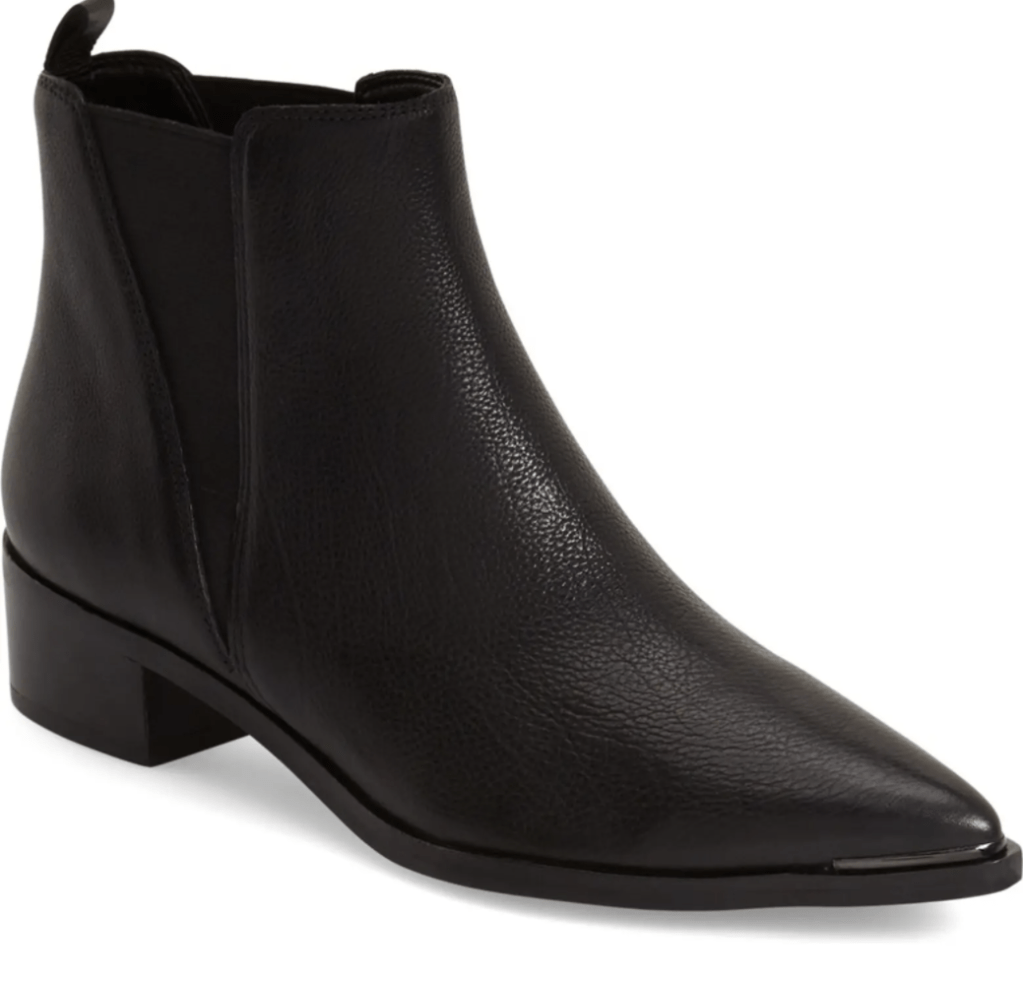 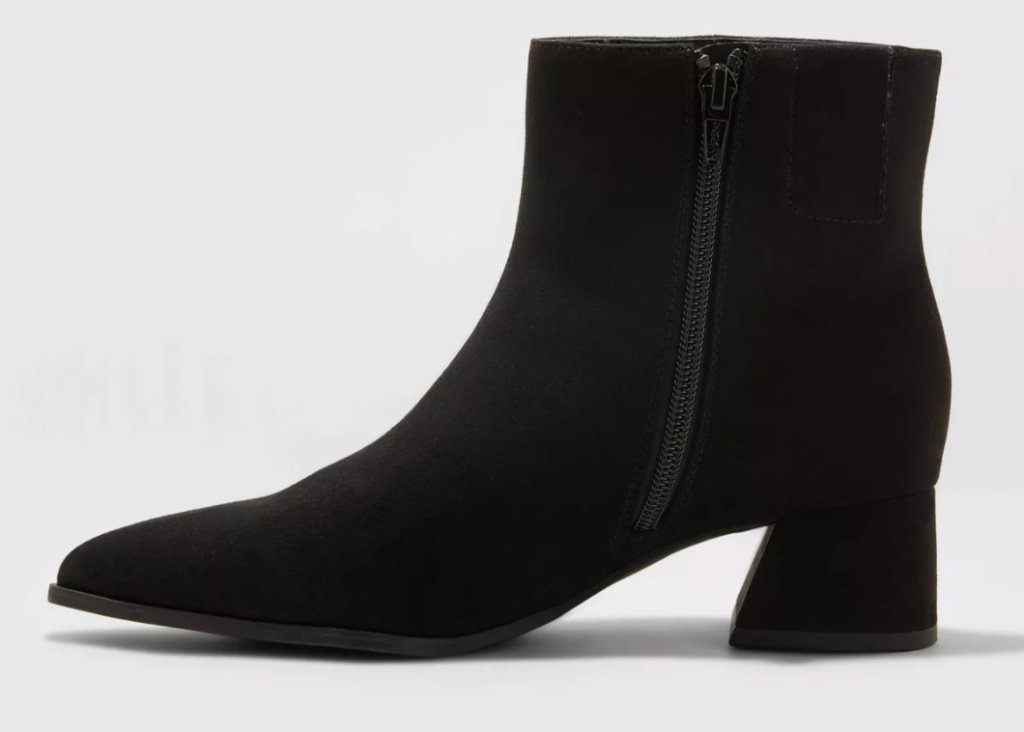