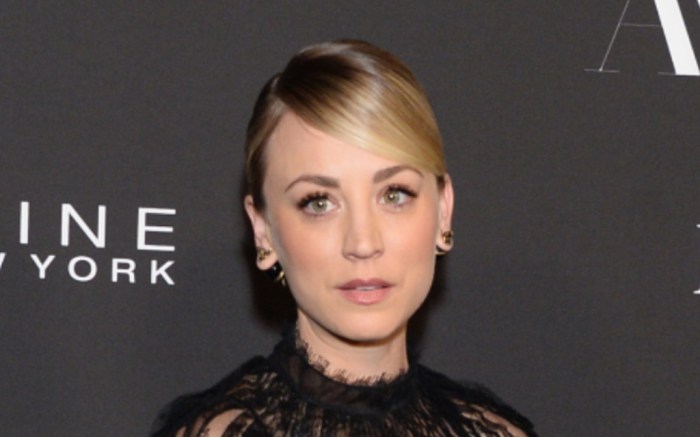 For the ceremony, Cuoco opted for a sparkly three-piece suit from Dolce & Gabbana. The ensemble featured a fitted blazer that was adorned with crystals at the lapel and hem. Cuoco teamed the outerwear piece with a crisp white button-up and a vest that was also lined with jewels.

Cuoco continued the look with high-waisted, wide-leg trousers that featured a button-up closure. The pants were also equipped with pockets. As for her hair, Cuoco kept things business professional with a sleek pulled back hairstyle and tear drop diamond earrings.

On her feet, Cuoco opted for pumps from Christian Louboutin. The heels featured a pointed toe and mesh construction. The pumps were also adorned with jewels at the toe and across the ankle and sat atop a stiletto heel.

Tonight, Cuoco is up for Best Actress in a Comedy Series for her role in the HBO Max series “The Flight Attendant.” The Critics’ Choice Awards are currently airing live at 7 p.m. ET on the CW. The show can also be streamed live on Hulu, fuboTV and Sling TV. Taye Diggs is hosting this year’s ceremony, making it his third time in a row. The actor will be emceeing live from the stage of Barker Hangar in Santa Monica.

Click through the gallery to see more eye-catching looks from the Critics’ Choice Awards 2021.