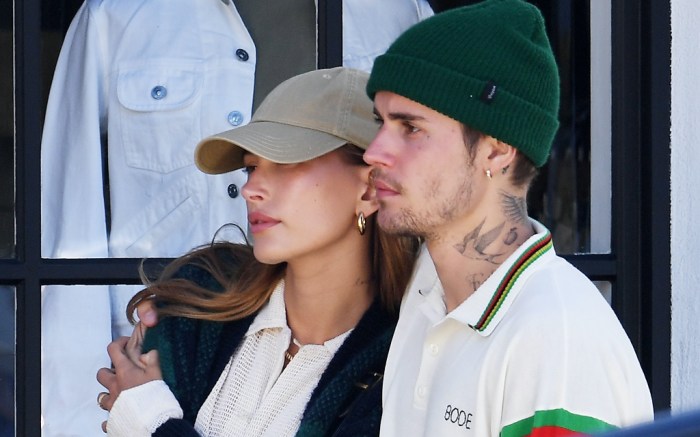 Justin and Hailey Bieber proved yet again to have the best couple street style.

The singer and the model were seen in Montecito, Calif., on Thursday night. The two were picking up dinner from Tre Lune Ristorante. The Biebers, known for their effortlessly cool styles, were both wearing casual yet elevated outfits. For their outing, Hailey wore a blue and green oversized plaid cardigan over a white long-sleeve shirt. She also wore light-wash ripped denim shorts, a beige baseball cap and gold hoop earrings. Justin sported a white, long-sleeve polo shirt with colorful stripes paired with light-wash ripped jeans and a green beanie.

Both Justin and Hailey wore matching white Nike Air Force sneakers for footwear. Nike introduced this style in the ’80s and they were an immediate hit with basketball players. The style became a legendary lifestyle silhouette outside of the sport, thanks to its versatile canvas, with several colorways, collaborations and customizations. The shoes saw a major mainstream resurgence in summer 2020, and are still wildly popular today.

Both Hailey and Justin are known for their great sneaker style, but Hailey took her love even further. She became a global ambassador for Superga in March after the Italian footwear brand assembled an all-female team. The influencer appeared in Superga’s spring 2021 ad campaign.

Look as fresh as the Biebers in your own white sneakers.