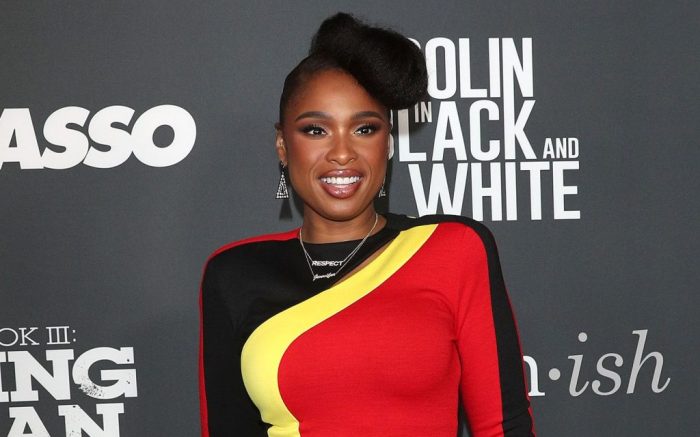 Among the honorees was Jennifer Hudson. The soulful songstress accepted the Actress Award for her performance in Aretha Franklin’s biopic, “Respect.”

For the event, JHud wore a chic long-sleeve striped mini dress that was complete with a high neckline. The 40-year-old Oscar winner accessorized her colorful ensemble with a large ring, diamond bracelets, triangle earrings and a silver “Respect” necklace.

She opted for a trendy updo and beautiful makeup, which included a gray smoke eye, nude lipstick and a dusting of blush on her cheekbones.

On her feet were a pair of black leather knee-high boots. The sleek shoe style featured a thin stiletto heel and a pointed-toe.

Hudson recently wore for the shoe style for the 2022 Pirelli calendar. The Grammy Award-winning singer posed next to several bouquets of roses that ranged in color from pink to red and purple.

The “Dreamgirls” actress elevated her embezzled look with a pair of black thigh-high latex boots. Thigh-high boots always deserve a moment as they aren’t the easiest option to style, however her mini dress gave them the moment they deserved.

When it comes to footwear, Hudson favors statement-making strappy sandals and pointed-toe pumps by Giuseppe Zanotti, Sophia Webster and Jimmy Choo on the red carpet. However, she also wears footwear by emerging designers as well, like Titi Adesa — whose sandals she donned for an interview with Oprah Winfrey in November.

See more stars in thigh-high boots through the years.

Pop on a pair of black over-the-knee boots and add a slight sassy elevation to your outfits.