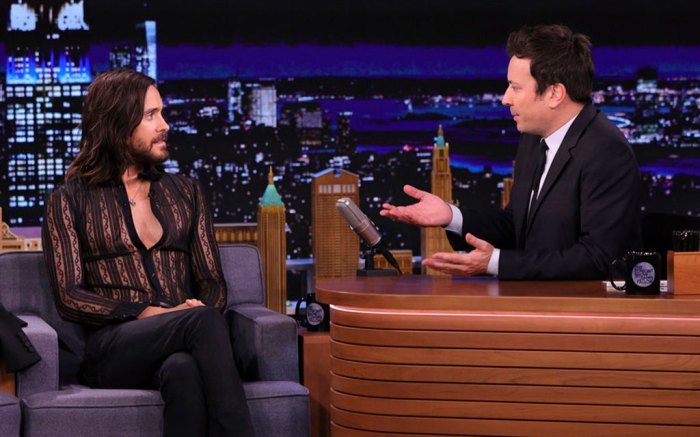 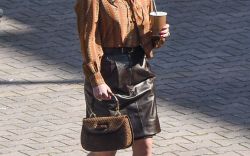 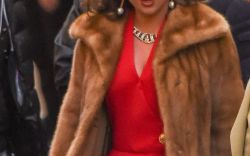 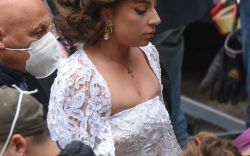 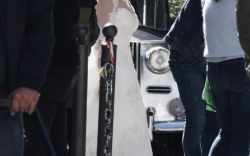 Jared Leto looked very rockstar-cool in a sheer shirt and leather boots on “The Tonight Show with Jimmy Fallon” yesterday.

The actor, who was promoting his new movie “House of Gucci,” sported an all-black look during his sit-down with Fallon.  On top, the Thirty Seconds to Mars rocker wore a translucent mesh shirt, which he buttoned up halfway. The shirt also featured streaky striped details running down. He matched the shirt with a pair of black skinny jeans and a belt with a silver buckle.

On his feet, the 49-year-old wore a pair of pointed-toe leather boots that featured three thin straps buckling across the shoe’s exterior.

When it comes to the actor’s usual ensembles, Leto is no stranger to bold fashion statements. At the LACMA Art + Film Gala in Los Angeles last week, the actor wore a white suit by Gucci that had baby pink feathers on the blazer’s sleeves. Underneath, he wore a sheer nude mesh top with a plunging V-neck.

Leto also received a little lift thanks to white leather booties with a stacked heel. He then made the same footwear choice for the “House of Gucci” premiere in London. He paired the shoes with a light blue velvet suit, which featured satin teal lines on the lapel and pockets of the jacket.

The upcoming film, which is set to be released Nov. 21, has a star-studded cast including Lady Gaga, Adam Driver and Salma Hayak.

Slide on a pair of these black boots and channel your inner-rockstar.