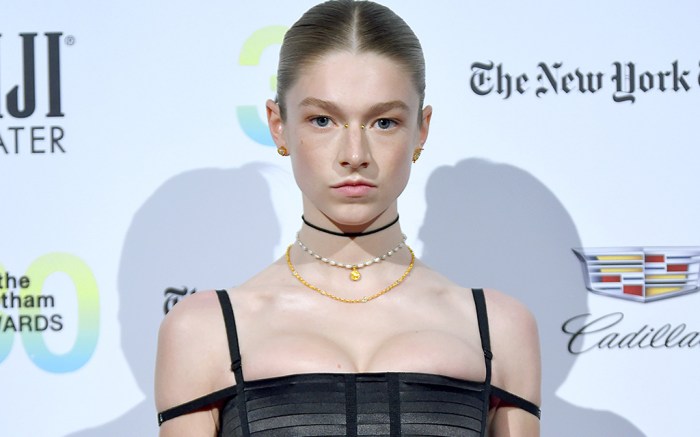 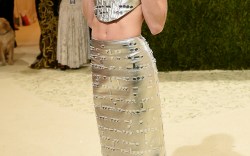 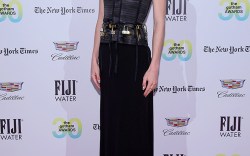 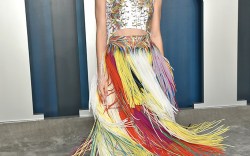 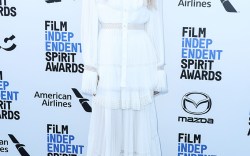 Hunter Schafer made a high-fashion statement on the red carpet in New York on Monday night. The “Euphoria” star made an appearance at the 30th Annual Gotham Awards at Cipriani Wall Street as a presenter. The hybrid event welcomed guests in-person and via livestream.

For the occasion, Schafer wore a spring ’21 Givenchy ensemble from Matthew Williams that brought a welcomed update to the classic black gown. The black bustier dress was detailed with silk ribbons that wrapped over her shoulders and arms. She completed the outfit with help from stylist Law Roach who added a black vintage crocodile-embossed leather belt. The accessory was embellished with different locks in gold and silver, bringing an added edginess to the less-is-more look.

Though the dress covered her shoes, the Christian Louboutin style she wore to complete her look rounded out her ultimate goth-chic aesthetic. The Izamayeah platform boots were designed with a crocodile-effect leather in black and offered a high mid-calf fit. The 70’s-inspired silhouette also gave Schafer added height with a five-inch heel.

At 21, Schafer, who identifies as a transgender woman, is relatively new to the scene, but she’s picking up steam in terms of influence. Since her 2019 breakout role in HBO’s “Euphoria,” she has been tapped to star in campaigns for Calvin Klein and Shiseido Makeup. Prior to acting, Schafer did find success in modeling, having walked the runways for Dior Couture, Mansur Gavriel, R13 and Helmut Lang.