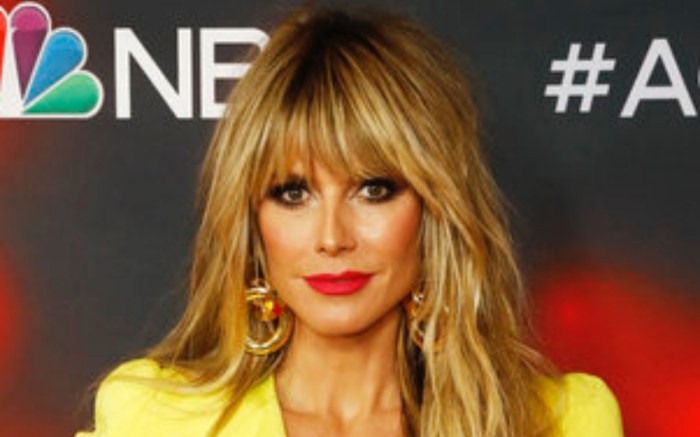 For footwear, Klum wore a pair of disco-worthy platform sandals. The pair featured metallic gold leather uppers, as well as thick platforms and toe straps. They appeared to include heels totaling at least 4 inches in height, as well. Klum also made sure they framed her matching yellow pedicure — which fellow “AGT” judge Howie Mandel took a cue from as well, playfully removing a black Oxford to reveal his own black pedicure and pose with Klum. “Toe to toe with @howiemandel,” Klum humorously captioned an Instagram post of the duo’s interaction.

Platform sandals are back in many people’s footwear rotations, now that in-person events have resumed. The shoe’s ability to bring a supportive height boost and dash of sleek style has only added to its popularity. Aside from Klum, stars like Sarah Jessica Parker, Megan Fox and Kate Hudson have also donned pairs by Saint Laurent, Amina Muaddi and Giuseppe Zanotti in recent weeks.

Add disco-ready sandals to your wardrobe, inspired by Heidi Klum.