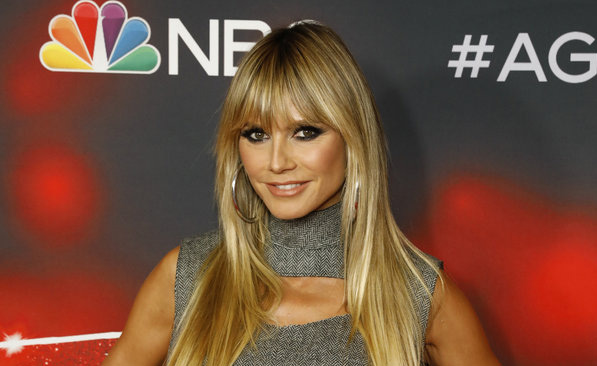 The former Victoria’s Secret Angel posed in a two-piece set by Vera Wang. The ensemble featured a gray textured crop top with an asymmetric hem, turtleneck silhouette and cutout. Her matching skirt included two front pockets and a ring of belt loops, similar to those seen in suiting. Klum completed the look with silver hoop earrings and rings by Jennifer Fisher.

For footwear, Klum wore a pair of towering black leather ankle boots, also by Wang. The pair featured heels totaling at least 5 inches in height, as well as square-shaped platforms. Klum’s choice of an ankle style created a modern look that, thanks to its neutral tones, could be worn for a variety of occasions, whether on or off the red carpet.


Ankle booties are slowly coming back onto the fashion scene, now that fall has arrived. The style provides comfort and support without the extra material of taller boots. Aside from Klum, stars like Kate Beckinsale, Rita Ora and Anne Hathaway have been seen in different pairs of booties in recent weeks. In fact, Ora recently wore the same Wang boots as Klum last month.