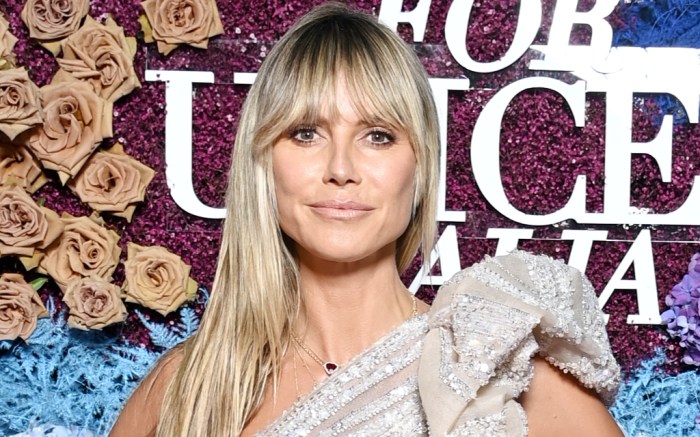 For footwear, Klum paired her look with a pair of embellished Aquazzura sandals. The now sold-out Very Vera style featured a nude suede base and stiletto heels. The shoes enhanced her gown’s sparkle — with thin slingback, ankle, and toe straps covered in crystals. The look was similar to pairs that have been popular on and off the red carpet this summer.


Aside from husband Tom Kaulitz, Klum also shared a sweet mother-daughter moment at the gala with her daughter, Leni. The 17-year-old model’s ensemble featured a gold Versace dress, complete with clear-heeled sandals. Both stars complemented each other with their silver and gold looks.

The “America’s Got Talent” judge‘s shoe rotation often features comfortable and bohemian sandals. Klum has been spotted in styles that include thong straps, shells, and even strawberry prints from brands like Gucci and Birkenstock — plus sleek snake-print mules by Femme LA. However, Klum’s fashion background extends beyond wearing stylish shoes; the star began her career modeling for Victoria’s Secret, Sports Illustrated and Givenchy, and has even founded her own lines of intimates, swimwear, perfumes, and clothing with German grocery store Lidl.

Add some glamour to your shoe rotation with sparkling sandals inspired by Klum’s look.