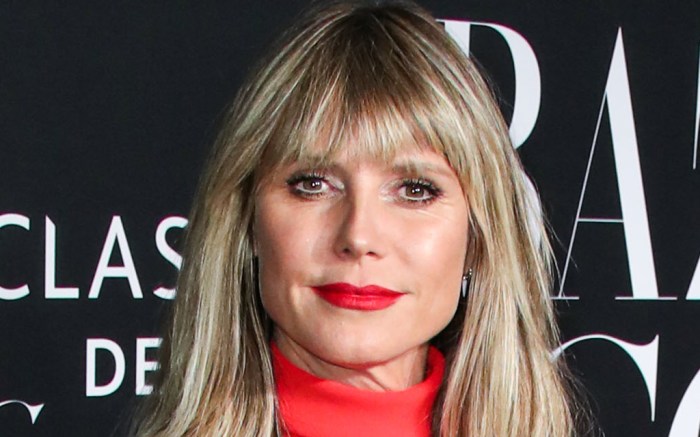 Heidi Klum is back as the host of “Germany’s Next Topmodel,” proving this season is about to be bigger and bolder than ever.

The German native herself took to Instagram to debut new promotions for the upcoming series, posing in front a few of the competitors in the newest season. Klum herself popped against the model’s white dresses as she opted for a glittering red design that was hard to miss; the one-shouldered number included a high-leg slit along with peek-a-boo cutouts across the back, torso and sides.

The hem exposed a matching pair of cherry red sandals as well, set atop a steep stiletto heel and secured by a series of thin leather straps.

Throughout this winter, Klum has been returning to the set of the German competition series as they practice social distancing precautions to film. For the show, the media personality has picked wow-worthy looks from the likes of Mugler, Marina Hoermanseder, Philosophy, Moschino, Carolina Herrera and Maison Margiela to name just a few.

Give your outfit a pop of personality in these bold red sandals inspired by Heidi Klum.

Click through the gallery to discover more of Heidi Klum’s best and boldest looks over the years.