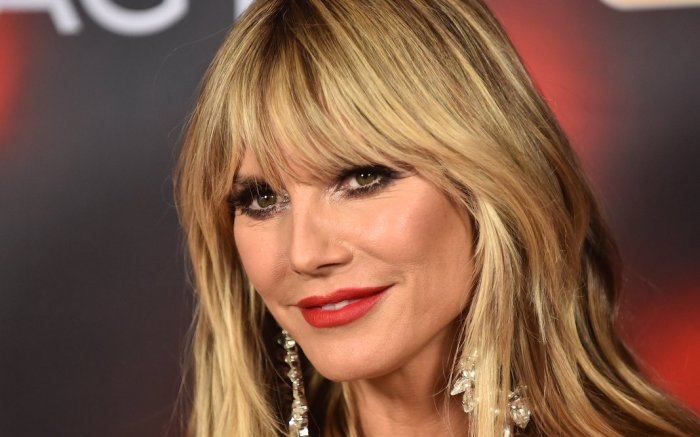 The model was enjoying her latest look in a video posted to Instagram yesterday that showed a broad mix of patterns and textures. The “Germany’s Next Topmodel” host was seen smiling with this week’s guest, Kylie Minogue, while both were wearing eye-catching outfits. This week, Klum wore a black and white cheetah and leopard print dress that featured a cape sleeve on one side and a long-sleeve on the other. The gown also had a thigh-slit that elevated the moment.

For the shoes, Klum sported a pair of black and white animal print over-the-knee boots that streamlined the outfit.

The TV personality is one of the biggest stars in the fashion industry. She’s modeled and had ad campaigns for brands like Jordache and Liz Claiborne. She was also a co-host on the beloved fashion design competition show “Project Runway” from 2004-2017, alongside Tim Gunn. The model teamed up with Gunn again to create Amazon Prime Video’s fashion design competition show “Making The Cut.”

See more of Heidi Klum’s style through the years.

Pop on a pair of black over-the-knee boots and add a slight sassy elevation to your outfits.