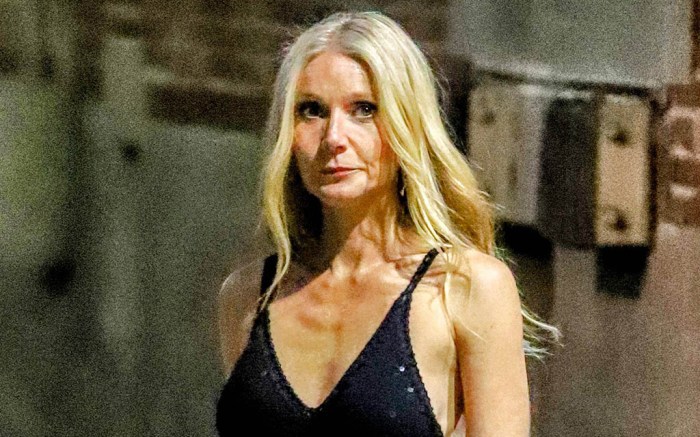 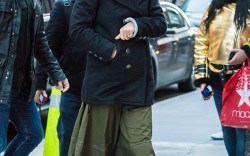 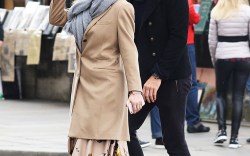 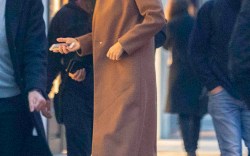 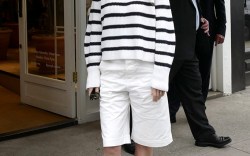 Gwyneth Paltrow was snapped sporting two different sweater dresses Monday, as she was spotted outside of the studios where “Jimmy Kimmel Live!” is shot in LA.

The 49-year-old actress and Goop founder, who promoted her new Netflix show, “Sex, Love & Goop,” arrived in a black sweater dress from her own G. Label.

The short-sleeved midi dress featuring a stand-up collar with ties made of soft merino wool and a side slit. She styled it with black leather sandals featuring gold-tone buckles from Birkenstock’s Hotel Il Pellicano capsule collection.

The award-winning actress was later seen leaving the show in a slinky black sweater dress adorned with a colorful assortment of shimmery oversized rainbow paillettes. The head-turning number debuted as a part of designer Christopher John Rogers’ cruise ’22 collection.

On her feet was a pair of royal blue velvet mules with a low heel and classic pointed toe.

Scroll through the gallery to check out some of Gwyneth Paltrow’s best street style moments.