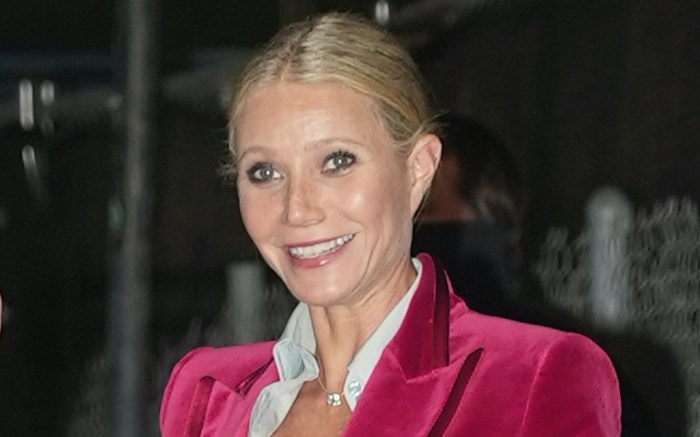 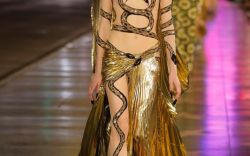 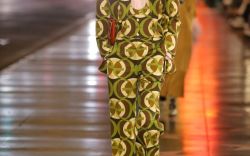 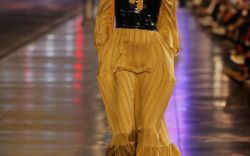 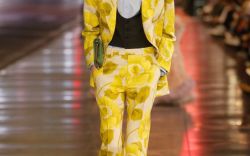 Gwyneth Paltrow just proved the ultimate style inspiration can be yourself, as seen at the Gucci Love Parade runway show.

While celebrating the Italian brand’s 100th anniversary fashion show on Hollywood Boulevard, the “Politician” actress wore a red velvet suit atop a pale blue collared shirt. While her look hailed from Gucci’s 2021 Aria collection, the outfit itself was based on a set created by Tom Ford for Gucci’s Fall 1996 collection—the same ensemble that Paltrow herself wore to the MTV VMAs that year. Similar to her iconic 90’s look, Paltrow’s outfit included a bright red palette, silky trim and sharp blazer lapels.

For footwear, the Goop founder donned a matching pair of leather sandals. Her shoes appeared to feature thin toe straps and a short platform sole, as well as stiletto heels at least 3 inches in height. The sandals created a sleek monochrome effect when paired with her suit, while allowing Paltrow’s throwback outfit to take center stage.

Heeled sandals are making a major comeback, now that live events and a desire for glamorous dressing have returned. Styles like Paltrow’s are favored for their comfort and support, thanks to strap support and platform accents. In addition to the “Shakespeare in Love” actress, stars like Gabrielle Union, Katy Perry and Jamie Chung have been spotted in sleek sandals by Gucci, Gianvito Rossi and Bottega Veneta in recent weeks.

When it comes to shoes, Paltrow often keeps her styles minimalist and sleek with neutral tones. The star regularly wears sleek sandals, boots and pumps on the red carpet from Alexandre Birman, Malone Souliers and Larroude. When off-duty, she also dons Birkenstock sandals and sneakers from Alexander McQueen and Hoka One One.

Click through the gallery to discover Gucci’s Love Parade collection, shown in Hollywood.