The Best Dressed at the 2021 Grammy Awards 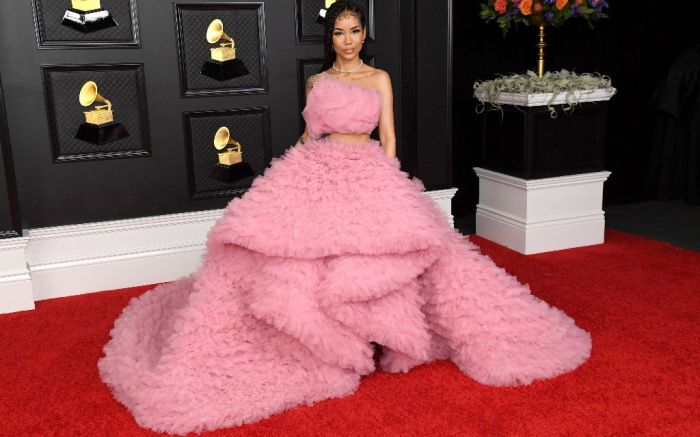 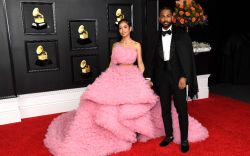 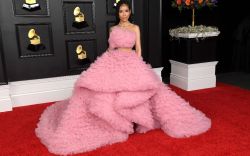 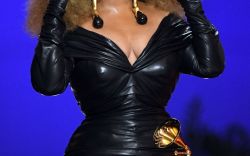 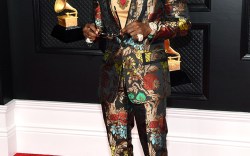 After a year of sweatpants and hoodies, the sight of a tuxedo can be a bit jarring.

Maybe that’s why it was so odd to see a sea of black on the red carpet at this year’s Grammy Awards. Award shows have carried on (as best as they can) with virtual formats, but they haven’t brought the same glitz and glamour that past red carpets have provided. This year’s Golden Globes had plenty of examples of the confusion that exists in pandemic award show dress codes, from Jason Sudeikis in a tie-dye hoodie to Jodie Foster in Prada pajamas, and still other like Cynthia Erivo and Dan Levy in full-look Valentino couture, fresh off the runway.

The current fashion drought has taken the stakes of the Grammys even higher, demanding even bigger statements than usual — or, at least, the usual.

This time, the Grammys did not disappoint. While in recent years, the awards show has let us down (in fashion, and even more so in its flagrant lack of diversity and in the mis-categorization of certain artists’ work), this year the usual Grammys moments shined bright in comparison to the halfway dressing and disjointed dress codes of other awards shows.

Music artists, after all, know they need to project their personas through fashion, in bold, provocative ways. There is no half-effort, no “casual” look. That’s why as her “Future Nostalgia” album continued to steamroll through the chaos, sorrow and general mess that was 2020, Dua Lipa made sure her appearances — even the less significant ones — had solid fashion, outrageous fashion, those unforgettable moments that step-by-step help to build a music artist into a cultural icon (think of Lady Gaga’s image).

Some of the looks may have ventured into cliché:  There was the big, princess gown, this time on Jhené Aiko. There was the sleek retro gown, courtesy of Megan Thee Stallion, who wore it in an attention-getting orange silk from Dolce & Gabbana. There was the ’70s rock star look by Harry Styles, who uses Gucci to repeat luxe versions of iconic looks by Mick Jagger, Rod Stewart and other Brit rockers. There was the freakum dress, first established by Beyoncé and this year inherited by Lipa, whose pink briefs peeked out from a Versace chainmail whose crystal embellishments matched her square toe stiletto sandals.

But there was also adventure, and even some tasteless fashion during the night. Phoebe Bridgers looked to Thom Browne to properly dress up her usual skeleton trompe l’oeil look. Even Dojacat’s motorcycle jacket-meets-feather-skirted Roberto Cavalli by Fausto Puglisi look was a win even if it lacked a bit of taste.

That was the point, though. Music artists often use so-bad-it’s-good fashion statements to stay memorable. And in this moment, in the midst of the pandemic, any statement is better than none.