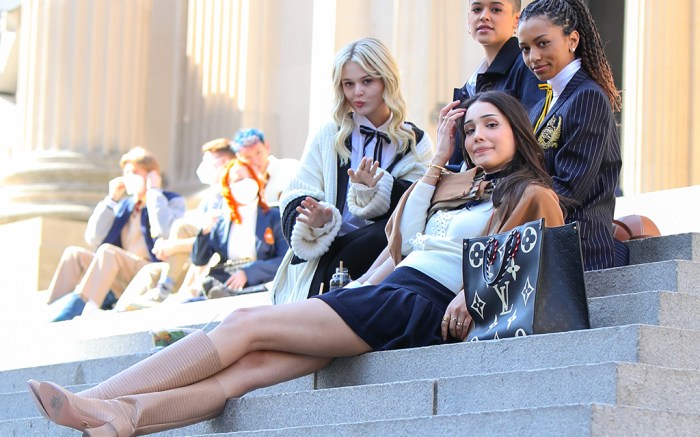 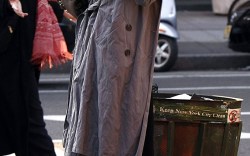 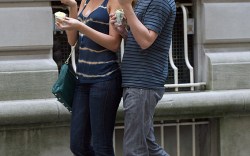 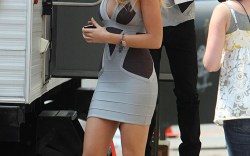 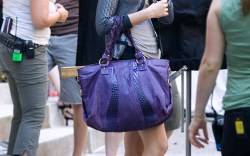 Just like the original series that premiered on The CW back in 2007, the reboot is anticipated to be filled to the brim with fashion and drama. Back in February, one of the writers of the show, Eric Eidelstein, teased a promo for the revival featuring a Golden Goose sneaker at the center of the campaign.

Retailing for upwards of $500, the distressed sneakers are loved by celebs such as Megan Fox, Lucy Hale and more. Although the pricey sneakers are considered uniform for the affluent, they aren’t the typical shoes that Blair Waldorf or Serena van der Woodsen would be spotted in.

The new generation of Upper Eastsiders reflects a diverse cast of Gen Z actors whose characters will surely shake up our prenotions of how the boys of St. Jude’s and girls of Constance dress in 2021. But some traditions won’t change.

On set yesterday, the “Gossip Girl” cast was seen filming the new series on the steps of The Metropolitan Museum, the landmark lunch spot for Upper Eastside’s fictional elite students.

Cast members such as Jordan Alexander, Savannah Smith and Zión Moreno were clad in blazers and mini skirts, just like their predecessors, accessorizing their private school uniforms with luxury handbags and fabulous footwear.

Emily Ayn Lind, who stars as the main character in the new revival, Audrey Hope, was spotted in black booties from the sustainable luxury brand Nomasei, while on the steps of The Met.

The Aria boot is made from leather that comes from an Italian tannery certified by the Leather Working Group, the leading organization that monitors ecological performance in the leather industry. The zipper on the back of the boot is also made out of recycled materials. Retailing for $475, these high-end boots are the ultimate 2021 update to the Constance Billard School for Girls uniform.

Eli Brown and Whitney Peak were both spotted on the steps of The Met wearing combat boots. Peak’s boots looked similar to Dr. Martens’ classic 1460 boot, which was named Footwear News’ Shoe of the Year Award back in 2019.

Although HBO Max’s version of “Gossip Girl” is expected to differ from the original, we can’t wait to see how the new generation defines the fashion and footwear of New York’s most privileged teens.

Want more? Click through our gallery of a look back at Blake Lively’s ‘Gossip Girl’ style.