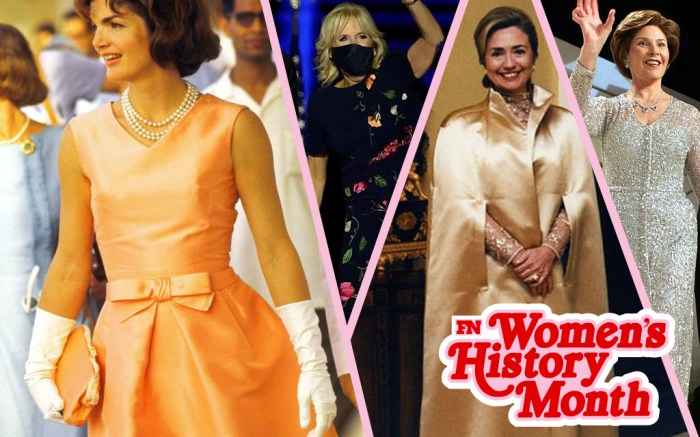 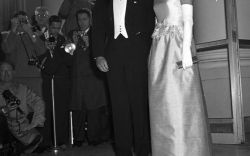 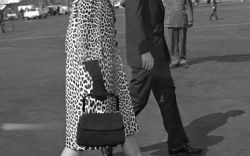 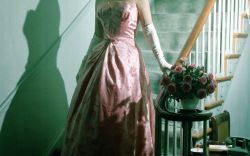 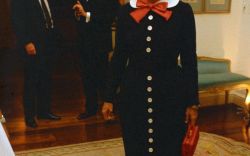 The first lady of the United States is a position that has always been synonymous with American fashion.

“For a lot of Americans, the first lady represents the administration,” said Valerie Steele, the director and chief curator of The Museum at the Fashion Institute of Technology. “People feel that this is the wife of the president we elected, so she should represent that administration and more generally represent the United States to the world. We expect her to live up to that — that’s her job in a sense for us.”

In honor of Women’s History Month, Steele joined Fashion Group International and New York Women in Film & Television for a panel discussion about the first ladies of the U.S. and their impact on the fashion world. The hour-long virtual program — moderated by Robin Givhan, the senior critic-at-large at The Washington Post — explored the style dynamics of the first ladies ranging from Jacqueline Kennedy Onassis to Dr. Jill Biden. Speakers also included  Fernando Garcia, the co-creative director of Oscar De La Renta, and Carson Poplin, a New York-based fashion historian.

Poplin agreed, adding that not only is the first lady expected to symbolize democracy but she should also be someone who is relatable.

“We expect them to participate in fashion in a way that represents all of us,” Poplin explained. “In both a relatable way, like when Michelle Obama or someone wears J. Crew, we get excited. But we also want them to dress in an aspirational way for state dinners and special events.”

Inauguration ceremonies are often a spotlight for first ladies in American culture. Jacqueline Kennedy’s pillbox hat designed by Halston set off a buzz in 1960, for instance, and it cemented the former first lady as a style icon (it was also a catalyst for the designer’s career).

Most recently, former first ladies — from Michelle Obama to Laura Bush — made headlines for wearing purple shades to Joe Biden’s presidential swearing-in ceremony in January. Fashion has been a tool for the first lady to communicate a message to the American people. Wearing purple, for example, is often seen as a tribute to the women’s suffrage movement of the 1900s. Fashion critics also acknowledged that the color could also be interpreted to symbolize unity as red and blue — the two primary colors of the Republican and Democratic party — when combined make purple.

Tradition to use fashion as symbolism, gives life to themes and messages of a U.S. presidential administration. Hillary Clinton’s White House-era power suiting helped to establish her as a serious political contender. While she may not have won the 2016 presidential election, she single-handedly brought back the pantsuit as a totem for power dressing.

The panel specifically explored the 2018 example of Melania Trump’s “I don’t really care, do u?” coat from Zara, a controversial garment that today still sparks conversation.

“When you have actual writing on clothes, the implication is that you are trying to communicate a message. Fashion, in general, communicates a range of messages, but they’re not always as clear as that one,” said Steele. “So this one caused controversy with everybody trying to guess what exactly she was referring to, it was unclear on what that meant.”

Givhan also brought up the ways Dr. Jill Biden has used fashion as a platform to say more with her sartorial choices.  “[She] very quickly began using her fashion to make a statement from something as simple as wearing a face mask that matched her attire,” The Washington Post editor said. Biden has already embraced the tradition of wearing young, independent American designers as well.

Oscar De La Renta’s Garcia emphasized that the first lady is just like anyone else when she decides to pick out an outfit. “Every customer has very specific goals on what they want to look like. It’s about having that dialogue,” he said. “Every designer should have a dialogue between their customers on what they want to achieve and portray. They are just like any other woman who wants to look their best.”

But what about footwear?

Melania Trump was known to favor teetering high heels from Christian Louboutin and current first lady Biden is often spotted in Stuart Weitzman boots. “I would imagine the [latter] would be the most practical choice,” Poplin said with a laugh.

To see more photos of first ladies and their ranging styles throughout the years, click through the gallery.