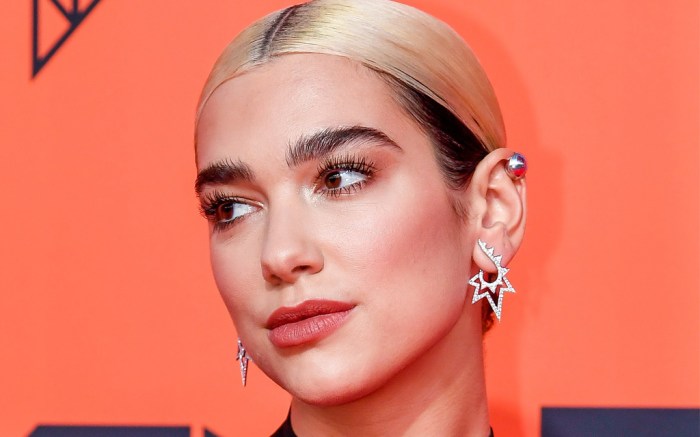 Dua Lipa raised the bar for standout vacation style as she gave fans a glimpse into her tropical excursion this week.

The “Don’t Start Now” singer joined her beau, Anwar Hadid, and a few friends on a trip to Tulum, Mexico, to kick off the new year in style. The British musician herself sizzled on the sandy shores as she donned a boldly cut dress courtesy of Mônot; the peek-a-boo design featured a series of sliced panels with a daring thong-inspired design across the hips and open back.

Though Dua Lipa’s dress is no longer available, similar designs from the brand retail for over $1,000 at Farfetch.com.

Though her shoes couldn’t be seen under the long hem of her dress, Dua Lipa continuously favors footwear that is just as bold as her apparel. In December, for example, The “Levitating” singer took to Instagram to give her almost 59 million followers a look into her bold outfit of the evening, posing for a few minor selfies to demonstrate the outfit’s full effect.

The look included an edgy hot pink minidress complete with peek-a-boo cutouts across the bodice and the sides and heart-shaped buttons to hold everything together. The number alsocame layered over sheer pink gloves as well as sheer black tights and a standout choice of footwear.

While the “New Rules” singer’s choice of style is currently sold out across the web, you can shop a flare-heel version of the silhouette for $985 at Selfridges.

Beyond a Grammy Award-winning music career (and an impressive six new nominations for the upcoming 2021 Grammy Awards), Dua Lipa dips her toes in the fashion world quite often. From sitting from rows at major shows during Fashion Month to selecting daring duds for red carpet appearances, she keeps things regularly exciting. The “Boys Will Be Boys” singer previously appeared in campaigns for YSL Beauté and Fragrance, Adidas and Pepe Jeans amongst others.

Click through the gallery to find even more of Dua Lipa’s most daring looks throughout her time in the spotlight.