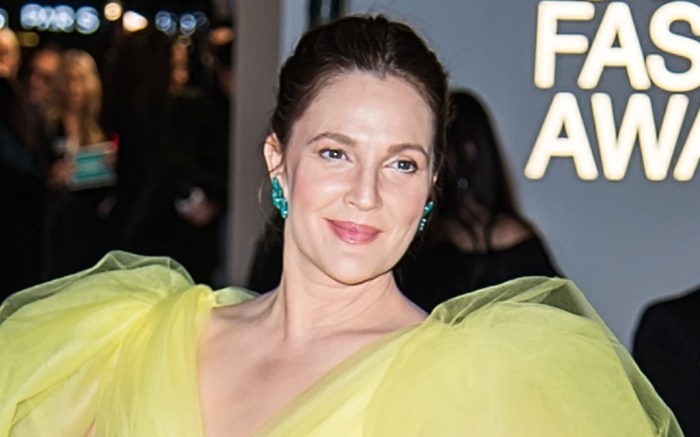 Drew Barrymore was a ray of sunshine at the CFDA Awards.

For her shoes, Barrymore went with PVC heels in a yellow hue. Her transparent pumps featured a pointed toe as well as a thin stiletto heel reaching roughly 4 inches in height.