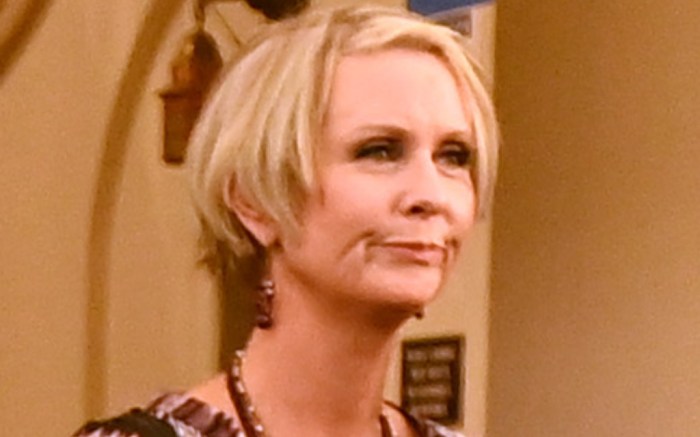 Cynthia Nixon’s latest “And Just Like That…” outfit is her most bohemian yet.

For footwear, Nixon donned a pair of Gianvito Rossi’s brown leather platform sandals. The ’70s-inspired shoes appeared to feature block heels totaling at least 3 inches, complete with ankle and toe straps. The style is a popular one at the moment due to its’ instant height boost and support from thicker soles, worn by stars like Kate Beckinsale, Saweetie, and Beyoncé. Nixon’s also worn studded styles by Maje Paris and Saint Laurent for “And Just Like That…,” cementing them as a staple shoe in Miranda’s 2021 wardrobe. Her Rossi pair retails for $795 on SaksFifthAvenue.com.


As Miranda, Nixon has already worn a variety of looks for “And Just Like That…” that are signatures of the character’s quirky and eclectic style. Since filming for the new show began, she’s been seen in flowing dresses and lightweight tops from labels like L’Agence, Altuzarra, and Dries Van Noten, often featuring prints like plaids and colorful stripes. This most recent scene confirms that Miranda’s penchant for beaded jewelry, prints, and towering heels is very much present, 23 years after Nixon first played the character.

When it comes to footwear, Nixon’s style is often versatile and chic. The “Ratched” actress favors pointed and open-toed pumps in single-tone colors or neutral hues for the red carpet, typically from labels like Sarah Flint, Oscar de la Renta, and Saint Laurent. When off-duty, she can be seen in platform wedges and flats from affordable brands like Jessica Simpson.

Add a pair of brown platform sandals to your summer looks, inspired by Cynthia Nixon.

Click through the gallery for more of the best shoe styles from “Sex and the City.”