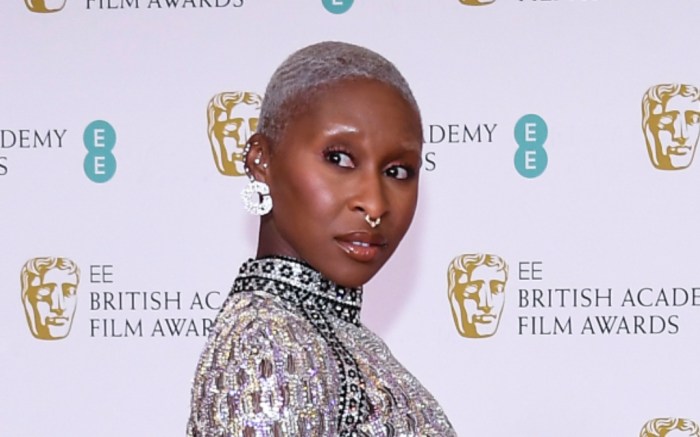 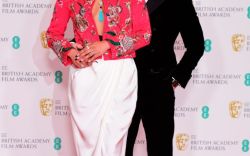 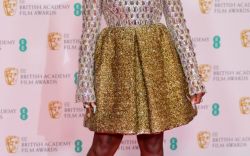 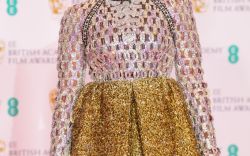 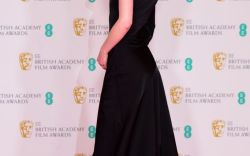 Cynthia Erivo glistened on the red carpet at the BAFTA Film Awards 2021 on Sunday.

For the ceremony, which was held in London and highlights the past year’s biggest films, Erivo was a glimmering sight, wearing a jewel encrusted dress from Louis Vuitton. The frock featured an embellished turtleneck and was finalized with a gold skater skirt.

Erivo, who was styled by Jason Bolden, kept the dazzling theme going with dangling earrings, a set of rings on her fingers and her signature nose ring.

As for footwear, Erivo opted for barely-there heels. The shoes featured transparent straps across the ankle and toe with a gold rectangle heel.

Erivo has certainly been busy serving up looks this award season. Earlier this month Erivo, who stars as Aretha Franklin in the miniseries “Genius: Aretha,” suited up in a whimsical dress for the 2021 SAG Awards.

Bolden shared a slideshow of photos of the actress wearing a dainty corset dress from Alexander McQueen. The gown came in a cream-colored hue, featured a cinched waist and a skirt that billowed out around her.

Erivo kept the look dainty with diamond drop earrings and several rings from Forevermark. As for footwear, however, Erivo added a grunge edge with a pair of chunky black shoes. While the footwear was slightly hidden by her dress, it appears the shoes feature a shiny leather construction and a thick lug sole.

Click through the gallery to see more looks from the BAFTA Film Awards 2021.