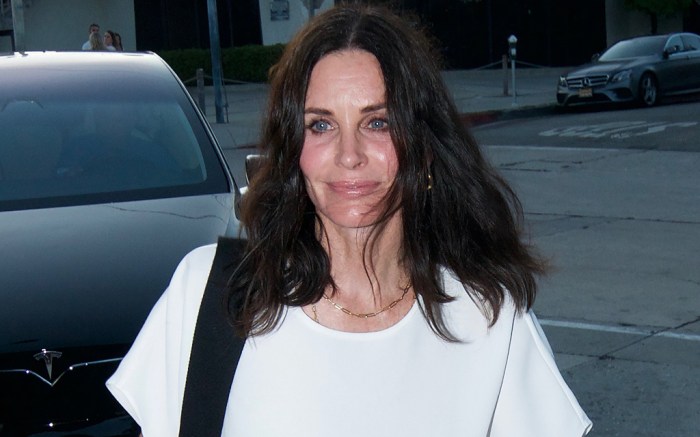 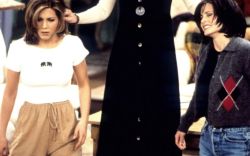 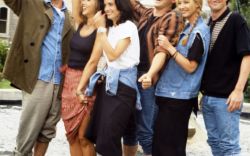 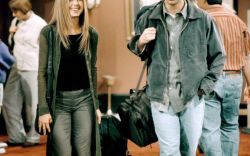 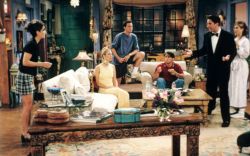 Courteney Cox’s sneakers are made for dancing.

On Sunday, Cox took to Instagram to share a video of herself and Ed Sheeran recreating Monica and Ross’ iconic dance routine from the hit series “Friends.”

“Just some routine dancing with a friend… @TeddyPhotos #ReRoutine,” Cox, who played Monica — an aspiring chef — captioned the video of herself and the singer. Sheeran also posted the clip, writing: “Had a reunion of our own this weekend.” For the occasion, Cox kept it classic in a black top, black pants and high top sneakers. The shoes offered a loose fit and were finalized with a white outsole.

As fans recall, Cox originally performed the dance with her onscreen brother David Schwimmer (Ross) on the season 6 episode “The One with the Routine.” On the show, Monica and Ross brought back their high school dance routine with hopes of being featured on “Dick Clark’s New Year’s Rockin’ Eve.”

The fun video comes after Cox, Schwimmer and their costars Jennifer Aniston, Lisa Kudrow, Matt LeBlanc and Matthew Perry for “Friends: The Reunion,” which premiered on HBO Max on May 27. The reunion featured celebrity appearances from: Lady Gaga, David Beckham, Mindy Kaling, Justin Bieber and more and revealed behind-the-scenes details from the beloved series.

“Friends” first premiered in 1994 and ran for 10 seasons before ending in 2004. The series followed six friends as they navigated careers and relationships while living together in New York City.

Click through the gallery to see the best style moments from “Friends.”