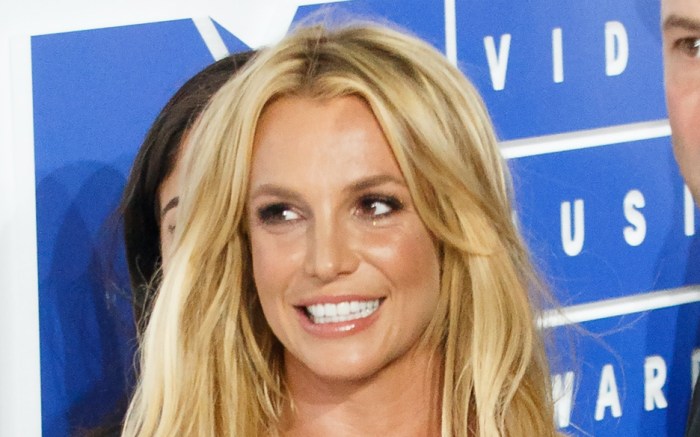 Britney Spears busted a move to show off her latest summer outfit.

The “Toxic” singer took to Instagram to share a new dancing video, where she shimmied and posed for the camera in an orange minidress accented with linear crystal details. She also shared a second look near the clip’s end, wearing a yellow dress with a low neckline. Both ensembles were paired with a silver ring and delicate crystal bangle. “I just wanted to wear heels and a dress today,” Spears said in the caption, before adding “Psssss orange is the new black.”

When it came to shoes, the “Criminal” singer wore a pair of brown platform sandals. The pair appeared to feature brown suede toe and ankle straps, as well as thick platforms and block heels totaling at least 4 inches in height. The musician’s shoes added a versatile element to her two looks — and proved if anyone can dance in towering heels, it’s Spears.

However, these weren’t the only pair of tall heels Spears has worn this week. The star shared her most recent outfit — a chic white blouse with dark denim shorts — to Instagram as well, where she pet a pig while wearing brown pointed-toe pumps.

Platform sandals have become a popular footwear choice this season, adding height and a dressed up boost to any ensemble. Styles in versatile leathers and metallic hues by Giuseppe Zanotti, Prada and Saint Laurent have been worn in recent weeks by stars like Kate Beckinsale, Storm Reid and Sarah Jessica Parker.

For footwear, Spears often wears comfortable and budget-friendly styles like Steve Madden’s platforms, Birkenstock’s Arizona sandals and Hoka One’s Clifton sneakers. On the red carpet, she’s previously favored similar pointed-toe pumps, as well as sparkly sandals and thigh-high boots from Louboutin, Zanotti and Le Silla. The singer has also dipped her toes into the fashion industry, having designed a co-branded collection with Candies in 2010 and appearing in Kenzo’s 2018 La Collection Momento No2 — her first-ever luxury fashion campaign.

Add a pair of brown platform sandals to your next summer look, inspired by Britney Spears.

Click through the gallery for more of Spears’ best street style moments from the ’90s and early 2000’s.