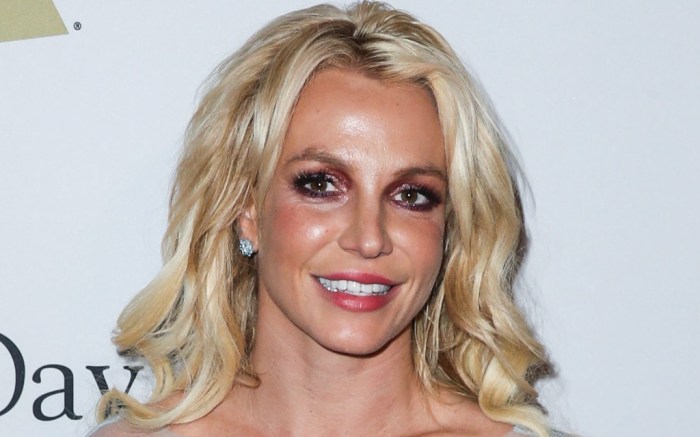 Britney Spears wowed in an at-home fashion show while cleverly referencing herself this week, ahead of her 40th birthday on December 2.

The “Glory” musician took to Instagram to showcase several new outfits—where she referenced not one, but two of her hit music videos. In a Reels video, Spears posed by her new Christmas tree in two long-sleeved minidresses: a puff-sleeved number with red and green cuffs, as well as a leopard-print style.

However, Spears’ most dynamic looks referenced herself. While swapping outfits, the star wore a white button-down shirt and slim-fitting black miniskirt, a subtle reference to the office-ready outfit she wore in her 2008 ‘Womanizer’ music video. Immediately afterwards, she paid homage to her 1998 ‘…Baby One More Time’ video by knotting the shirt’s hem and pairing it with a yellow cardigan. The double reference proved that truly iconic looks, like most of Spears’, never truly go out of style—even 23 years later.

When it came to shoes, the “Lucky” singer paired each outfit with a set of brown pumps. The pointed-toe style appeared to feature suede uppers, as well as heels totaling at least 3 inches in height. Spears wearing her pumps with four different looks proved the power of a versatile shoe, particularly when dressing from day to night.

Pointed-toe pumps have become one of this year’s most popular styles, now that live events and a desire for glamorous dressing have returned. The shoe gives most looks a sharper appearance, thanks to its thin heels and triangular toes. In addition to Spears, stars like Victoria Beckham, Zendaya and Sarah Jessica Parker have worn similar pumps by Manolo Blahnik, Christian Louboutin and other top brands in recent weeks.

For footwear, The Grammy Award-winning singer’s go-to shoes have become Birkenstock’s Arizona sandals, which she owns in at least five colors. Aside from the comfy sandals, Spears also wears Hoka One One and Asics sneakers when off-duty. On the red carpet, her looks often include embellished sandals and pointed-toe pumps by Louboutin, Stuart Weitzman and Rene Caovilla, among other top brands. However, Spears is also known for wearing wallet-friendly sandals and boots from brands like Steve Madden, Impo Obia and Schutz—plus her own 2009 Candies collection.

Click through the gallery to discover Spears’ boldest red carpet moments over the years.